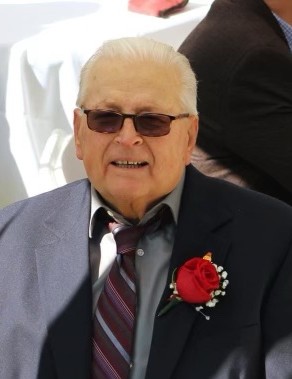 Mr. Bosley graduated Bayard High School in 1962. He served in the United States Army from 1963-1966 as a Sgt. E5 in the 4th Armored division. In 1962 he was signed with the San Francisco Giants Baseball Team in Lakeland, FL. He retired as a coal miner after 40 years working for Island Creek Coal Company and Consol Coal. He was a member of Thomas-Fairfax Lodge #174, a 32nd degree Mason, and Past Patron of the Walter Chapter Eastern Star. He was also a member of the American Legion Post 71. Wayne enjoyed hunting and was an avid Southern Garrett Sports fan. His pride and joy were his grandchildren; he loved spending time with them any chance he had.

Friends will be received at the C&S Fredlock Funeral Home, P.A., Oakland, Friday, December 4, from 5-8 PM. A Funeral service will be conducted, 11:00 AM, Saturday, December 5, at the funeral home with Rev. Samuel Moon officiating. Graveside services with military honors will be accorded immediately following the service at the funeral home. Interment will follow in Pope Cemetery, Gorman, MD.

The C & S Fredlock Funeral Home, P.A., Oakland is honored to be serving the Bosley family at this time.

To order memorial trees or send flowers to the family in memory of Wayne Bosley, please visit our flower store.