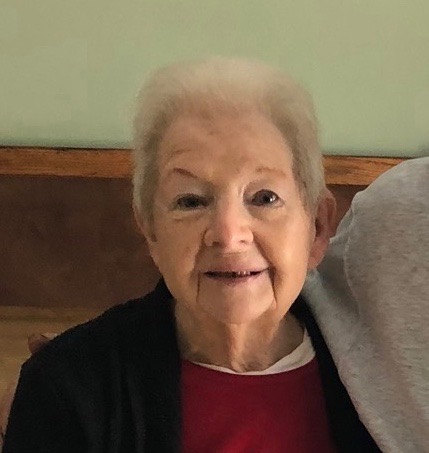 Violet Maxine Groves, 85, of Oakland, died on Monday, August 26, 2019, in the comfort of her home. Born on April 19, 1934, in Oakland, she was the daughter of the late Hugh and Amy (Foster) Reams. Violet graduated from Southern High School and continued her career as a Teacher’s Assistant at the Loch Lynn School and later at Broad Ford Elementary. She is survived by her two sons, Shawn Groves and wife Laurie of Keyser, WV and John Groves and companion Wendy Craver of Oakland; a granddaughter, Evie Groves; sisters, Donna May of ND and Deb Sisler of Oakland; brothers, Jack Reams of Deer Park, Dale Reams, Brad Reams, both of Oakland, and Larry Reams of McHenry; and a special friend, Diane Arnette. In addition to her parents, she was preceded in death by her siblings, Judy Reams, Jean Bernard, Linda Reams, Janet Reams, Denny Reams, and Donnie Reams. A funeral service will be held at the C & S Fredlock Funeral Home, P.A., 21 N 2nd St, Oakland on Friday, August 30, 2019 at 1PM with Pastor Garry Clem officiating. Interment will follow in the Taylor-Sines Cemetery. In lieu of flowers, the family wishes that expressions of sympathy be made to Hospice of Garrett County.

To order memorial trees or send flowers to the family in memory of Violet Groves, please visit our flower store.