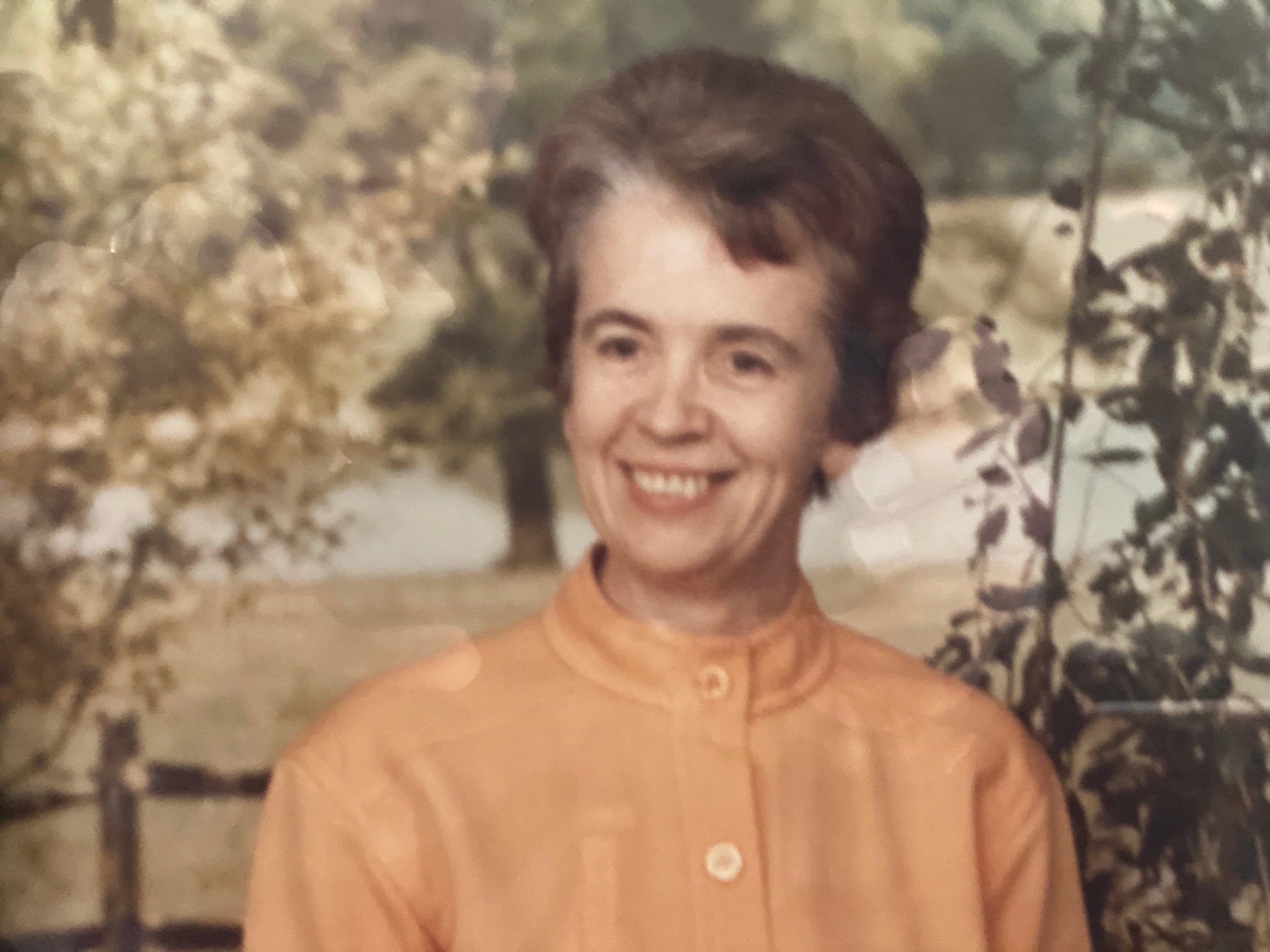 Vauda Mae (Paugh) Owendoff Schwanke, of Fairfax, VA, died peacefully in her sleep on Tuesday morning, January 19, 2021.  She was born on December 11, 1923, on a farm near Oakland, MD to the late Robert Scott Paugh and Mabel Browning Paugh.  She was predeceased by her first husband of 35 years, Robert Albert Owendoff, and her second husband of 10 years, Edmund H. Schwanke.
After high school graduation in Oakland, MD, Vauda attended Morgantown Business College before starting her Civil Service career in 1941 with the U.S. Army Chemical Warfare Service, Washington, DC.  Her 36 year accomplished civilian career with the U.S. Army included working at Edgewood Arsenal, MD, the Pentagon, VA and Ft. Belvoir, VA.  She started in the secretarial pool and later with the Army Materiel Command in various program offices and finally the Inspector General’s office.
She will be remembered for her dedicated work ethic, ever present cheerfulness, ready smile and a friendly wave.
She was a devoted wife and mother.  Vauda and Robert enjoyed their weekend day trips for a ride in the country or to rummage through antique shops.  They had a wonderful European trip retracing Robert’s WWII campaign, as well as visiting her son’s family stationed in Italy.  Vauda and Ed traveled overseas on several thrilling trips to Europe and North Africa.  She looked forward to family holidays at the farm, and especially family reunions.  Vauda was a committed “patron” of the local thrift shops and packed the house with treasures.
She was predeceased by her son Robert.  She is survived by Robert’s wife, Denise Blankenship, of Eastman, GA; son, James (Marilyn) of Annandale, VA; grandson, Nate (Natasha) and great-grandchildren, Raquel, Katarina and Jameson of RAF Mildenhall, UK; and grandson, John (Keely) and great-grandchildren, Jake, Maya and Alex of Arlington, VA.  She is also survived by her loving sister, Gladys Paugh Silber (Frank) of Front Royal, VA, who recently celebrated her 101st birthday.  Vauda was predeceased by her brothers, Rob Roy Paugh (Mildred) and Jeremiah Lester Paugh (Arlene), as well as her youngest sister Oma Paugh Moses (Don).  She is survived by cousins, Mary Maude Fox of Dayton, OH, Jane Bennighof of Lutherville, MD and Janet Paugh of Oakland, MD.  She is also survived by nephew Michael Paugh (Lori) and nieces Donna Paugh, Cathy Paugh Shaffer (Dave) and Lisa Silber Mauck (Dwayne). She was predeceased by nephews Frank Paugh (Joyce) and Roger Paugh.
A private service for the immediate family will be held in Oakland, MD at the C & S Fredlock Funeral Home, P.A. on Saturday, January 30, 2021.  She will be buried at a later date alongside her late husband, Robert, at Garrett County Memorial Garden, Oakland, MD.
In lieu of flowers, friends are requested to make contributions to their favorite charities.

To order memorial trees or send flowers to the family in memory of Vauda Owendoff Schwanke, please visit our flower store.