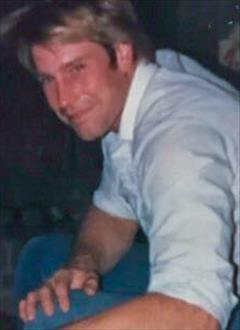 Timmy was born January 26, 1960 in Kileen, TX and passed September 7, 2019 after a long and courageous battle with cancer.

Timmy was baptized into the Catholic faith at St. Joseph's chapel in Fort Hood, TX. Timmy moved with his family and to his grandfather's farm, "Windswept" in Alexandria, VA where he grew up. Timmy graduated from Groveton High School. After high school Timmy was a fireman with Fairfax County Fire and Rescue beginning in 1983. He also was a brick mason working on many projects in Alexandria. He did both with strength, courage and honor.

Timmy was an incredibly strong and resourceful man, and the "go-to" fireman for any job requiring those particular resources. He continued that strength through his entire life fulfilling the words of his favorite scripture, 2 Timothy 4:7- "I have fought the good fight, I have finished the race, I have kept the faith." Timmy was so very loved and will be missed by all who knew him.

Friends will be received at Hinkle-Fenner Funeral Home Saturday September 14, 2019 from 8:30 am - 9:30 am. A Mass of Christian Burial will be held 10:00 am, Saturday, September 14, 2019 at St. Thomas Aquinas Catholic Church in Thomas, WV with Father Timothy Grassi as celebrant. Interment will follow in the Mt. Calvary Cemetery. Hinkle-Fenner Funeral Home has been entrusted with the arrangements. Condolences may be made to the family at www.hinklefennerfuneralhome.com

To order memorial trees or send flowers to the family in memory of Timothy Swartz, please visit our flower store.