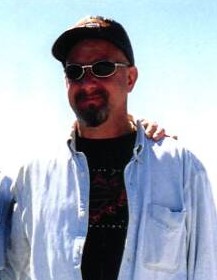 Stephen Grant Savage, age 63, of Swanton, MD died on Saturday, August 1, 2020 at Conemaugh Memorial Medical Center, Johnstown, PA. Steve was born on February 17, 1957 in Oakland to the late Thomas E. and Juanita R. (Friend) Savage. In addition to his parents, he was preceded in death by an infant sister, Juanita Marie.

Steve was a graduate of Southern High School, Class of 1975. He worked for Garrett County Roads Department for 28 years.

Steve is survived by his loving wife of 41 years, Valerie Savage; his faithful canine companion, Izzie; two brothers, Denny Savage and wife Margo of Oakland and Eric Savage, all of Oakland; three sisters, Diane Strawser and Teresa Hamilton, both of Oakland, Connie Simmons and husband Dave of Florida; and numerous nieces and nephews.

Arrangements have been entrusted to the C & S Fredlock Funeral Home, P.A., Oakland. Due to the COVID pandemic, a memorial service will be held for Steve at a later date.

In lieu of flowers, donations may be made in Steve's memory to your favorite animal rescue shelter.

May Steve rest in peace and be assured by his family that his murderer and tormenter for many years will be brought to justice.

To order memorial trees or send flowers to the family in memory of Stephen Savage, please visit our flower store.