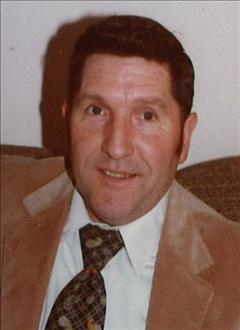 Samuel George Roth, 83, of Eglon, West Virginia passed away June 24, 2019 at his home surrounded by his family. He was born January 21, 1936 in Oakland, Maryland. He was a son to the late William Calvin and Bernice Evelyn Martin Roth. He is survived by his loving wife of 57 years, Helen Slaubaugh Roth whom he married on September 2, 1961.

He was preceded in death by one son, Darren Roth, two brothers, Weir and Harold Roth, and one brother-in-law, John Parsons.

Mr. Roth was a graduate of Southern High School in 1955. He was a owner and operator at Fairfax Sand for over 35 years. He was a lifelong member of the St. John's Lutheran Church of Red House, Maryland where he enjoyed participating in multiple church groups. He was also a member of the Farmer's Wildlife Club and the Odd Fellows Lodge of Davis, West Virginia. He had a passion for teaching his grandchildren how to farm and loved taking them hunting.

Friends will be received at Hinkle-Fenner Funeral Home, Davis, West Virginia, Friday, June 28, from 2:00 pm -8:00 pm, and June 29, from 10:00 am - 11:00 am at St. John's Lutheran Church of Red House, Maryland with funeral services conducted at 11:00 am with Rev. Michael Wright officiating. Interment will follow in the Red House Cemetery. Hinkle-Fenner Funeral Home has been entrusted with the arrangements. Condolences may be made to the family at www.hinklefennerfuneralhome.com

To order memorial trees or send flowers to the family in memory of Samuel Roth, please visit our flower store.