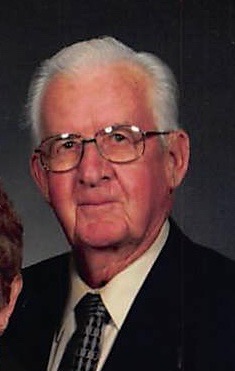 Samuel Edward Butt, Jr., 93, of Oakland, passed away on Monday, March 23, 2020 at Dennett Road Manor. Born on November 11, 1926 in Oakland, he is the son of the late Samuel and Julia (Braddock) Butt. Sam was a graduate of Oakland High School and proudly served his country in the United States Navy. He was employed by the B & O Railroad as a telegraph operator and was also the proprietor of Deep Creek Archery Range. Sam was a member of St. Mark’s Lutheran Church and Proctor-Kildow American Legion Post #71. In his spare time, he enjoyed snow skiing, hunting and wood carving.

All funeral services were private. The C & S Fredlock Funeral Home, P.A., Oakland his honored to be assisting the Butt family at this time.

To order memorial trees or send flowers to the family in memory of Samuel Butt, Jr., please visit our flower store.