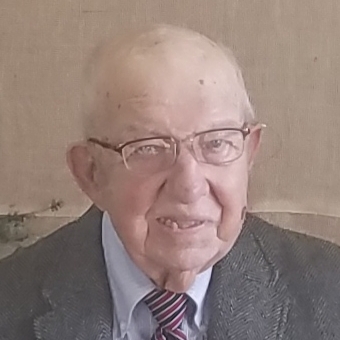 Rudy Cvetnick, 90, of Oakland Md., passed away on Tuesday, September 17th, 2019, at Ruby Memorial Hospital, Morgantown WV.  He was born on August 7, 1929, in Pecks Run WV, he was the son of the late Anton and Jennie (Sajin) Cvetnick.  He was a graduate of Philippi High School and West Virginia Wesleyan College. Rudy was an honorably discharged veteran of the U.S. Army having served proudly in the Korean War. He was retired from the Garrett County Department of Social Services.

He is survived by his loving wife, Elinor Jo (Bartlett), to whom he was married on March 15th, 1952; two sons, Alan Cvetnick and companion Betty Wallace, Lexington KY; Eric Cvetnick and wife Roberta, Oakland; two grandsons, Andrew and Logan Cvetnick; and two brothers, Max Cvetnick of Washington D.C. and Frank Cvetnick of Richwood WV. In addition to his parents, he was preceded in death by two brothers,  William and John Cvetnick.

Friends will be received at the C & S Fredlock Funeral Home, P.A. 21 N 2ndSt., Oakland on Thursday, September 19 from 3 to 7 pm. A funeral service will be held Friday, September 20th at 11 am in the funeral home with Pastor Carl Fike officiating.  Interment will be held in Garrett County Memorial Gardens with military honors accorded by combined honor guard from American Legion Post# 71 and the V.F.W. Post# 10077.

In lieu of flowers, memorials may be made to the Southern Garrett County Rescue Squad, 200 Baltimore Avenue, Oakland MD, 21550.

To order memorial trees or send flowers to the family in memory of Rudy Cvetnick, please visit our flower store.