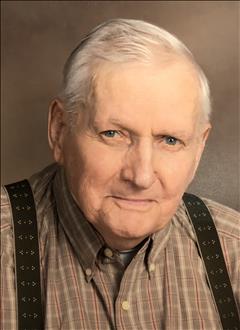 Robert Leon Kelley, 88, of Leadmine, WV passed away Monday, November 25, 2019 at Ruby Memorial Hospital in Morgantown, WV. He was born March 20, 1931 in Pierce, WV a son of the late Noah Paul and Nina Evelyn Hauser Kelley.

In addition to his parents, he was preceded in death by one son, Lawrence Paul "Skippy" Kelley, one sister and brother-in-law, Marion and Donald McIntire, two brothers and sister-in-law, Ben Kelley, Harold and Carol Kelley.

Mr. Kelley served as a medic in the United States Army during the Korean Conflict. He was a carpenter by trade, and later in life, worked for Cortland Acres in maintenance until retirement. He was a lifelong member of the Leadmine United Methodist Church; a member of the Terra Alta VFW, the Mt. Top Hunting Club, and the C.E.R.T. Team. Leon's hobbies included making rugs, hunting, and fishing.

To order memorial trees or send flowers to the family in memory of Robert Kelley, please visit our flower store.