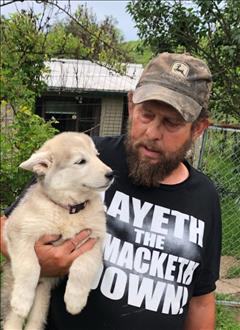 Robert Edwin White, 51, of Dryfork, West Virginia died January 21, 2020 at his home. He was born November 13, 1968 in Elkins, West Virginia a son of the late David Edgar and Carol Jean White, and surviving father-in-law, Buck Allman.

In addition to his parents, Robert was preceded in death by his brother, Mark White.

Bobby took great pride in caring for his farm and his animals, especially his dog, Lady Bug. He was a well-known jokester who enjoyed pranking anyone who he could. His favorite pastimes were riding his four wheeler, spending time in the woods hunting, and his younger days, square dancing. Bobby loved spending time with his family and friends.

To order memorial trees or send flowers to the family in memory of Robert White, please visit our flower store.