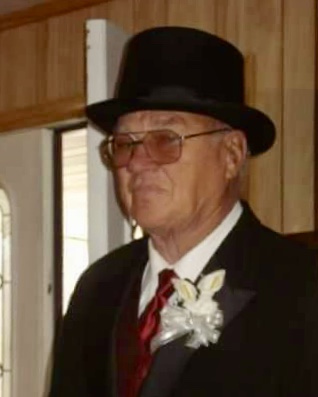 Raymond Arthur Ferguson, Sr., 84 years young of McHenry, went home to be with his Lord and Savior on June 19, 2019. Born on December 10, 1934, in Friendsville, Ray was the youngest of three children. In the late 1930s his family purchased roughly 20 acres in McHenry for the cost of one cow. His father and grandfather built the home, which remains today. During high school, Ray was a star soccer player, his records and achievements for which he is still remembered for by his peers today. In 1952, he was a member of the last graduating class of Accident High School in Accident. He was offered a full scholarship to the University of Maryland, but declined the offer because he would have rather worked. Anyone who knew Ray knew that work was his passion. After graduating from high school in 1952, Ray relocated to Baltimore, with the objective of helping his parents at the forefront of his mind. He also enlisted in the Air Nation Guard, receiving an Honorable Discharge on May 20, 1958. After several jobs at places like Bethlehem Steel and the Chevrolet Plant (where he watched the first Corvette of the Baltimore plant come off the line), he began a job in construction. He mastered the trade quickly and created his own construction company, building homes and restaurants in the Baltimore area. In 1979, he, his wife Bernie and the four younger children decided to leave Baltimore permanently to reside in Ray’s family home in McHenry. He remodeled and added on to the home and outbuildings throughout his life and remained at his childhood home until he passed. Ray continued to build homes all over Garrett County until about 1990. At that time, he began building large apartment complexes in Morgantown, Fairmont, Bridgeport, Clarksburg, Waynesburg and Martinsburg, WV driving roughly 1,000 miles a week for nearly 30 years, until he finally took down his shingle in March 2018 at the ripe, young age of 83 years and 3 months. Ray is survived by his wife of 46 years and 7 months, Bernadette “Bernie” Ferguson; three sons, Raymond Ferguson, Jr. and wife Yvonne of Woodbine, MD, Michael Ferguson and wife Rebecca of Wilmington, NC, Paul Ferguson and wife Yeimi of Warsaw, KY; two daughters, Tonya Riley and husband Darrin of Walton, KY, Julie Hartman and husband Wendel of Swanton; a special daughter-in-law, Mona Shields and husband Robert; 19 grandchildren, 18 great-grandchildren-and counting. In addition to his parents, Ray was preceded in death by a son, John Wayne Ferguson; a sister, Thelma Alice Virginia (Ferguson) Butler; and a brother, Abraham Lincoln Ferguson. A memorial service will be held on Saturday, June 29, 2018 at 11 AM at the Oak Grove Church of the Brethren, 6557 Sang Run Road, McHenry with Pastor Scott Rush officiating. Memorial contributions may be directed to the Oak Grove Church of the Brethren. Ray’s family would like to thank the staff of IDF-Garrett Dialysis Center for the wonderful care shown to him. The C& S Fredlock Funeral Home, P.A., Oakland has been entrusted with arrangements.

To order memorial trees or send flowers to the family in memory of Raymond Ferguson, please visit our flower store.

Oak Grove Church of the Brethren