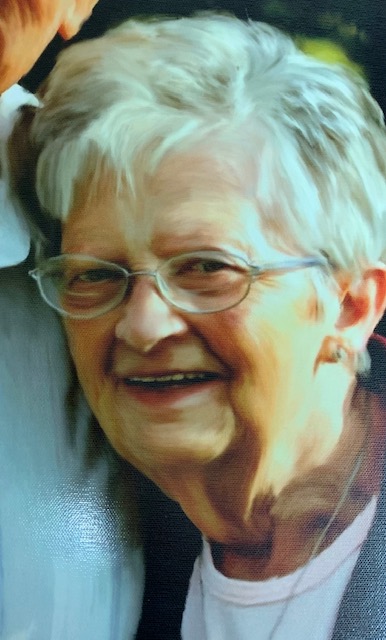 Phyllis Rayetta Ashby, 92, of Oakland died on Tuesday, August 20, 2019, at Dennett Road Manor. Born on February 6, 1927, in Hagerstown, she was the daughter of the late Merle Leo and Agnes Oneida (Brown) Willard. Phyllis was methodist by faith and a member of the Order of the Eastern Star. In her earlier years, she had worked at Dee Anns and Youthland, both in Oakland. In addition to spending time with her family, she enjoyed quilting. She is survived by her children, Shelby Witt of Minnesota, Rayetta Beitzel and husband Bob of Oakland, Joe Ashby, Jr. and wife Diana of Oakland, Willard Ashby of Oakland, and Susan Hopkins and husband Mike of Hedgesville, WV; and a number of grandchildren, great grandchildren and great great grandchildren. In addition to her parents, she was preceded in death by her husband, Joseph A. Ashby, Sr. in 2013. She was the last remaining member of her immediate family. Friends will be received at the C & S Fredlock Funeral Home, P.A., 21 N 2nd St. Oakland on Thursday, August 22nd from 5 to 8 PM and on Friday, August 23rd from 10 to 11 AM after which time a funeral service will be held with Pastor Barbara Rexroad officiating. Private family interment will take place in the Oakland Cemetery. In lieu of flowers, memorials may be made to the Oakland Volunteer Fire Department, 31 S 3rd St., Oakland, MD 21550 or the Southern Garrett Rescue Squad, 200 Baltimore Ave, Oakland, MD 21550.

To order memorial trees or send flowers to the family in memory of Phyllis Ashby, please visit our flower store.