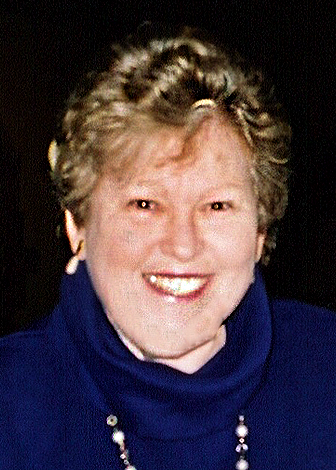 Patricia Ann Weiler, a life-long learner and traveler, departed this world at the age of 85 on October 30, 2019. Born in Newark, NJ to Anna and Charles Sarno, Pat was a natural teacher and curious about the world. Pat obtained her bachelor's degree from Newark State Teachers College and a master's degree from Seaton Hall before teaching disadvantaged youth in a Newark, NJ elementary school.

Her independence and adventurous spirit took her to Cuba, Europe, and to a Pennsylvania ski resort. It was during this last trip that she met her husband and partner for life, Paul W. Weiler. Pat and Paul married in 1962 and moved to Houston, TX. While in Houston, Pat welcomed the birth of her daughter, Judith Ann, and son, David Joseph. After six years, Pat and Paul moved to Potomac, Maryland, where Pat made a home for her family for more than 45 years. She was fortunate to have wonderful neighbors and friends with whom she socialized, played bridge, and discussed books.

Shortly after moving to Maryland, Pat and Paul visited Deep Creek Lake. Falling in love with the natural beauty, peace, and pace of "Garrett County time," Pat and Paul selected their current Deep Creek Lake home because of the spectacular sunset they witnessed. Pat, Paul, Judy, and David spent dozens of summers working, playing, living, and laughing at Deep Creek Lake. In addition to being a dedicated mother, Pat taught Elementary School at Annunciation Catholic and the National Presbyterian Schools.

In 1998 through 2003, Pat welcomed the birth of four grandchildren, Alexander Weiler, Nicholas Casey, Katharine Weiler, and Elle Casey. For several years, she had weekly "Grammy Days" for each grandchild and ran a one-week "Camp Laurel" for her grandchildren at her home on Deep Creek Lake.

Pat and Paul are grateful for the many friends they made during their retirement to Deep Creek Lake. They were members of the cycling group, the Chain Gang, and the Deep Creek Lake Yacht Club. Their community provided ample love and support after Pat was diagnosed with Alzheimer's disease four years ago.

Pat is survived by her husband of 57 years, Paul Weiler, her daughter and son-in-law Judith and Sean Casey of Olney, Maryland, her son, and daughter-in-law, David Weiler and Leslie Bellas of Abu Dhabi, UAE, and four grandchildren, Alexander and Katharine Weiler and Nicholas and Elizabeth Casey.

Paul Weiler would like to invite those who knew Pat to visitation on Sunday, November 3rd from 2-4 and 6-8 PM at C&S Fredlock Funeral Home, P.A. 21 N 2nd St, Oakland, MD 21550. On Monday, November 4 at 10 AM, St. Peter's the Apostle Catholic Church, 208 S 4th St, Oakland, MD 21550 will hold a mass for Pat followed by interment. The family will receive guests at Ace’s Run at noon following the interment. The family appreciates donations to the Alzheimer's Association in place of flowers.

To order memorial trees or send flowers to the family in memory of Patricia Weiler, please visit our flower store.