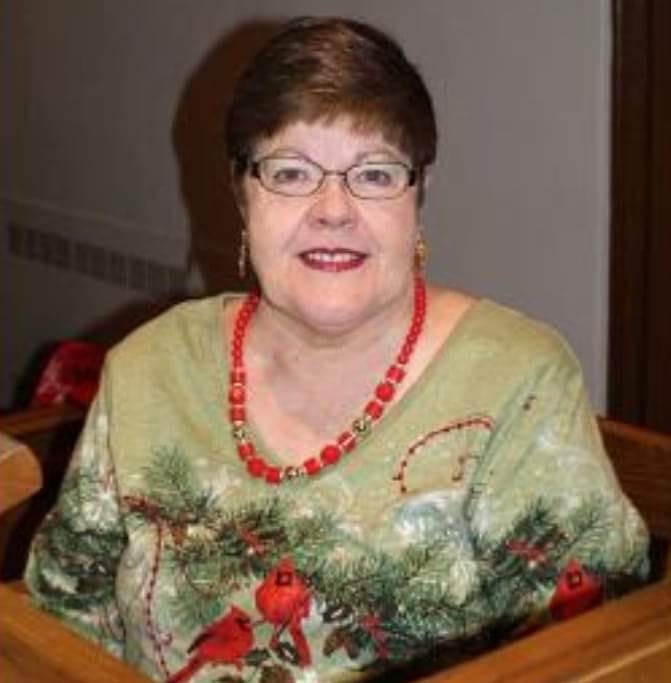 Due to the COVID-19 gathering restrictions, a virtual memorial service will be held on Saturday, October 3, 2020 at 11 AM on St. Paul’s United Methodist Church, Oakland, MD Facebook page.  The link is facebook.com/stpaulsumcoakland/

Pat was a 1974 graduate of Towson State Teacher’s College and had obtained a Master’s Degree plus an additional 60 credits from Loyola University in Baltimore.  She was also an organ student at Towson State College, where her instructors included John Terwilliger and John Hoffman.

Prior to retirement, Pat was employed as a vocal music teacher for the Baltimore County Board of Education.  Pat also attended and shared her musical talent with a number of Maryland churches over the years including: Edgewood Baptist Church in Edgewood; St. Timothy’s Lutheran Church in Timonium; Prince of Peace Lutheran Church in Rosedale; St. Mark’s Luthern Church; St. Paul’s United Methodist Church, St. Matthew’s Episcopal and St. John’s Episcopal Church, all in Oakland.  She was also the founder and director of “The Bellstars” in Baltimore, which was an English handbell choir made up entirely of special needs children and young adults.

Pat loved playing the piano, organ and harp as well as teaching sign language, cross stitching and traveling during the winter months.  One of Pat’s greatest joys was working with children, especially those with special needs.  She had served as Director of the Judy Center in Oakland and was instrumental in the formation of Landon’s Library.  She spent countless hours volunteering to make children’s lives happier.

In addition to her parents, Pat was preceded in death by her brother, Clarence Law, Jr.

According to her wishes, Pat’s body was donated to the Maryland State Anatomy Board and her family will hold a memorial service on a later date.

To order memorial trees or send flowers to the family in memory of Patricia Shelton, please visit our flower store.