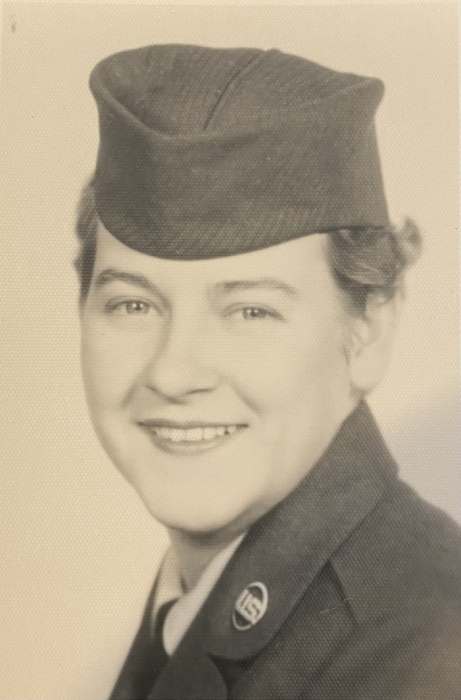 Nina L. Gaither Sisson, 84, of Bayard, WV, passed away on February 4, 2022, at Garrett Regional Medical Center in Oakland, MD.
Born on June 12, 1937, in Bayard, she was the daughter of the late Edwin A. "Jim" and Pauline E. (Miller) Gaither.
She was a 1956 graduate of Bayard High School. Nina was a veteran of the United States Air Force and served from 1956-57. She retired from Deerfield Village Resort in Canaan Valley, WV. She was a member of the Bayard United Methodist Church where she was also a substitute Sunday School teacher. Nina helped cook for the Bayard Senior Citizens and was a volunteer for the Commission on Aging of Mt. Storm. She was a foster mother to thirteen children.
She is survived by one grandson, Elijah James Sisson of OK; two sisters, Frances Bosley of Gormania, WV and Ruth Ann Cooper of Oakland, MD; and several nieces, nephews, great nieces and great nephews.
In addition to her parents, she was preceded in death by her husband of 46 years, James E. Sisson, to whom she was married on June 21, 1957, in Sacramento, CA; her son, James D. Sisson, in 2011; one sister, Lucy Pase; and five brothers, Roy N. Gaither, Robert L. "Bob" Gaither, Edwin B. "Dude" Gaither, Harvey I. Gaither, and James G. Gaither.
A graveside service, with military honors, will be held in the Bayard Cemetery on Wednesday, February 9, 2022, at 11 AM with Pastor Rebecca Bennett officiating.
The Hinkle-Fenner Funeral Home, Davis, WV is honored to be caring for Mrs. Sisson and her family.

To order memorial trees or send flowers to the family in memory of Nina Sisson, please visit our flower store.