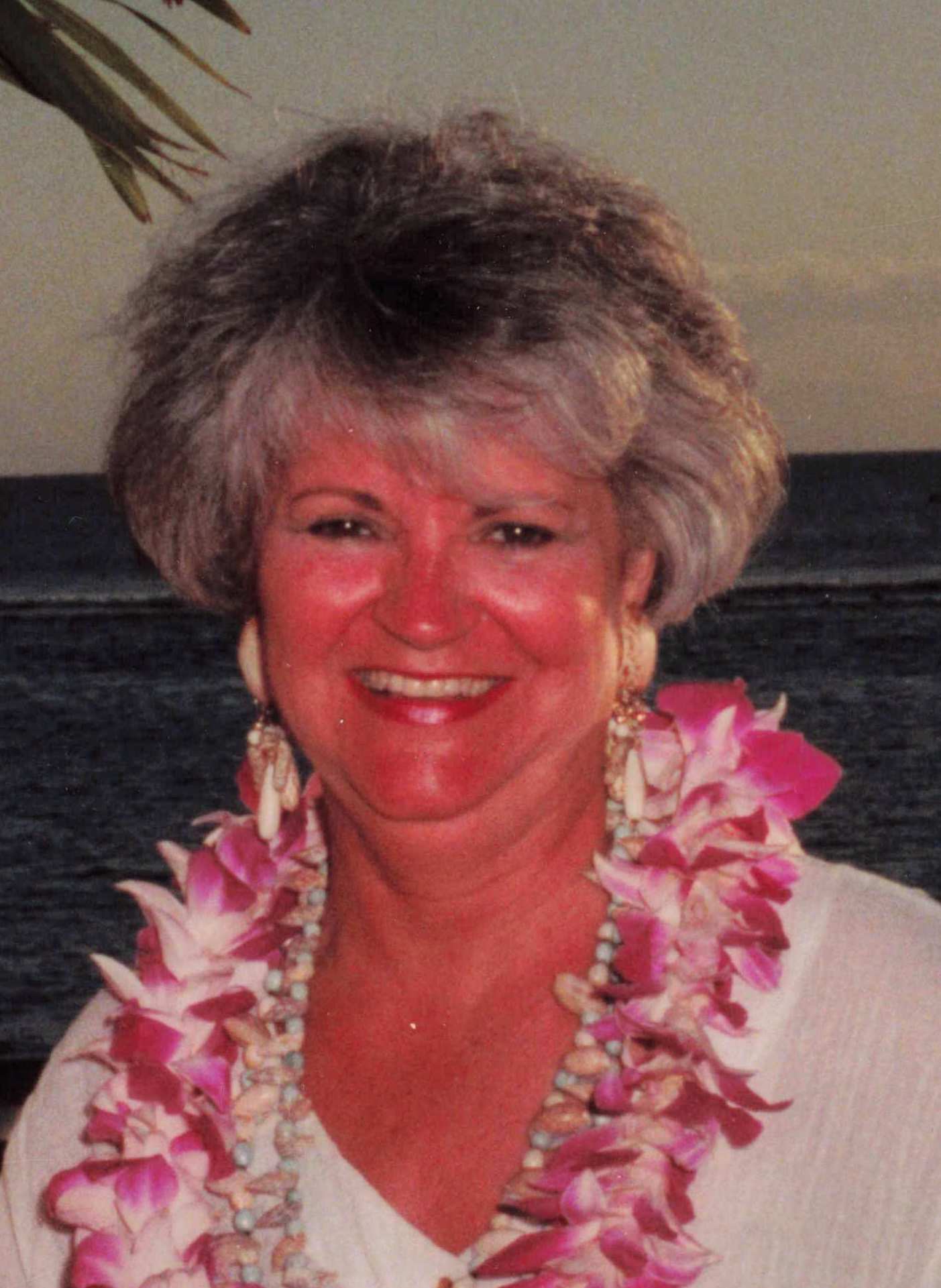 Our beloved wife, mother, grandmother, and great-grandmother, Nancy Mary Nemith, went to be with the Lord on November 22, at the Goodwill Retirement Community in Grantsville, MD, after a long battle with Parkinson's disease. She was 84.

Nancy was born on March 23, 1938, in Ridgeley, WV, the fourth and youngest child of the late Rose Cecelia (Ridgeley) and Herman Oliver Diehl. Shortly after birth, the family moved just across the state line into Cumberland, MD, where she spent her childhood, and then graduated from Allegany High School in 1956. Soon after graduation, Nancy attended Catherman's Business School, also in Cumberland. She began her career with C&P Telephone Company in 1962 as a service representative in the Cumberland business office and was promoted to business manager and transferred to Oakland in 1977. In 1983, while maintaining residence in Oakland, she was transferred back to what was now Bell Atlantic, in Cumberland, as a pioneer in the male dominated switch services. In 1987 she was promoted to manager of external affairs for Allegany, Washington, and Garrett Counties, another stride for women. One of her favorite responsibilities was being in Annapolis when the MD Legislature was in session and spending time with her good friend, Delegate Betty Workman, from Cumberland.

On April 7, 1967, Nancy married the love of her life, William G. "Bill" Nemith and together they raised their son, Donald S. "Butch" Nemith, eventually living in Cresaptown. She finally got her "daughter", Amy Moomau Nemith, when Butch married in 1981. Her granddaughter, Emily Rose Nemith Saunders, husband Weston, "Dr. Wiggy", and her great grandsons, Adler, Bryce, Hutch, and Jacks were her heart and joy. As Emily grew up, from preschool thru college, "MeMe" barely missed a function, and there were hundreds, perhaps over a thousand, to attend. She loved nothing more than spending time with her granddaughter and they became "partners in crime" making crafts, playing games, shopping, dining out, driving to practices, riding her pony, playing dress-up, and having tea parties. Always the planner, she arranged her granddaughter's first trips to the beach, as well as the Disney theme parks in Florida, beach trips with Emily's hometown best friend, and another with all her college girlfriends.

Nancy was very involved in both Cumberland and Oakland area organizations as a member of the Allegany and Garrett County Chambers of Commerce and served as chairman of the Legislative Committee in Allegany County. She was on the board of directors of the Frostburg State University Foundation, the Garrett County Big Brothers/Big Sisters, the Cumberland Summer Theatre, the Sacred Heart Hospital Lay Committee, the Garrett County Cancer Society, and the Upper Potomac Roundtable. She was a member of St. Mark's Lutheran Church, the Cumberland and Oakland Rotary Clubs, the Civic Club of Oakland, the Mountain Laurel Garden Club, and the Garrett Lakes Arts Festival where she served on the Benefit and Gala Committees. Nancy was also vice-president of promotion and media relations for the 1989 World Whitewater Championships. She also volunteered at the Oakland B & O Railroad Museum and at Garrett Memorial Hospital as a greeter.

Nancy was always a social butterfly and loved attending the various fundraising dinners in our area. She loved trips to the beach, playing Trivial Pursuit on a blanket in the sand, reading books, or listening to them on tapes and CDs, while soaking up the sun and enjoying lively conversation. She would stay up until all hours of the night playing the hand and foot card game, with her beach buddies. Hilarious conversations led to uncontrollable laughter bellowing through the house, waking the husbands. Each year she would lead us in a search to find the "perfect" beach house for the following year, boldly knocking on doors to see if we would be welcomed in. I don't recall anyone turning us away. This continued every year until her son and daughter-in-law finally purchased a house that met all the criteria. She loved to travel and enjoyed many train excursions with her husband to national parks and ski resorts throughout the west as well as trips to Maine, and tropical paradises such as Hawaii, Aruba, Cancun, and Puerta Vallarta with her immediate and extended family.

After retirement in 1991, Nancy loved playing bridge with many of her favorite lady friends and really looked forward to their time together. She also enjoyed buckwheat breakfasts, dinners, wienie roasts, and card games with her Nemith/Sanders family. She really missed the time shared with the extended Diehl and Nemith/Sanders families, as reunions dwindled and eventually ceased, but still looked forward each year to Bill's aunt, Barbara Sanders' summer stays. Her excitement leading up to the Autumn Glory Parade each year, at one of her dearest friend's home, was contagious, and many wonderful memories and pictures are treasured from those days. She was very knowledgeable of birds and enjoyed birdwatching and sharing her insight with others over the years. She had a special warmth for cardinals and the numerous hummingbirds that she enjoyed feeding as she and her husband relaxed on the porch. She could bake a scrumptious rum cake and enjoyed preparing birthday dinners for her son, whom she adored. She was bold, classy, and a fiercely loyal, loving, and devoted wife, until her disease severely limited her abilities.

Nancy is survived by her aforementioned, immediate family, Bill, Butch, Amy, Emily, Wiggy, and her four great-grandsons, as well as numerous nieces and nephews, the beloved children of her deceased siblings, brother James H. Diehl (Elaine), sister Annabelle Caldwell (Louie), and brother Howard F. Diehl (June). Also surviving are Bill's special aunt, Martha Sanders, a special cousin Richard "Dick" Sanders, Nancy's AHS classmate, and his wife Joannie, along with multiple dear cousins on the Nemith/Sanders side of the family tree, and Sue and John Foundas (Amy's sister and brother-in-law) who were like her own family and traveled extensively with the Nemiths.

The Nemith family would like to extend our utmost gratitude to Mary Anne Butler, Patty Custer, Nancy Fazenbaker, Paula Browning, Nanette Snyder, and Lisa Upole, Nancy's caretakers at home, and the wonderful nurses, caretakers, and staff at Goodwill Retirement Community.

Friends will be received at the C & S Fredlock Funeral Home P.A., 21 North 2nd Street, Oakland, MD. on Friday, December 2nd from 5 to 8 PM. Services will be held on Saturday, December 3rd at 1 PM in St. Mark's Lutheran Church, 6 South 2nd Street, Oakland, MD. Interment will be in the Oakland Cemetery, followed by a celebration with family and friends at Aces Run, Deep Creek Lake. In lieu of flowers, the family requests contributions be made in her memory to St. Mark's Lutheran Church or the Michael J. Fox Foundation for Parkinson's Research.

Nancy, Mom, MeMe, you will forever live in our hearts, in our minds, and in our memories...until we meet again.

To order memorial trees or send flowers to the family in memory of Nancy Nemith, please visit our flower store.