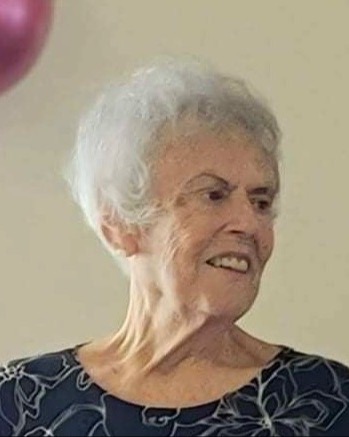 Nancy Jane Bernard, 80, of Swanton died on Wednesday, November 23, 2022, at UPMC Western Maryland in Cumberland. Born on February 7, 1942, in Crellin, she was the daughter of the late Boyd and Thelma Rosalie (Bowser) Hardesty.
Nancy was a member of the Rocky Drean Assembly of God and a member and volunteer for Woodmen of the World. In addition to spending time with her family, Nancy enjoyed league bowling, farming and especially loved Yankees baseball and Steelers football. Nancy worked hard all of her life and will be remembered for being a lifelong follower of Christ, having the gift of giving and never having met a stranger.
She is survived by her loving husband of forty-five years, Alvin Alexander Bernard; her children, Amy Roth and husband Willie of Oakland, Jamie Bernard and wife Ellida of Midland, VA, and Jason Bernard and wife Ashley of Hagerstown; grandchildren, Tyler Roth and wife Megan of Oakland, Tayler George and husband Tynan of Eglon, WV, Warren, Mary, Rosalie and Wade Bernard of Midland, and Weston Bernard of Hagerstown; great grandchildren, Barrett George and Walker Roth; sisters, Rita Shillingburg and husband Wayne of Oakland and Victoria Hardesty of Crellin; and a sister in law, Becky Hardesty of Crellin.
In addition to her parents, she was preceded in death by a brother, Timothy Hardesty.
Friends will be received at the C & S Fredlock Funeral Home, P.A., 21 N 2nd St., Oakland on Sunday, November 27, 2022, from 1 to 4 PM. A funeral service will be held in Lakeside Assembly of God on Monday, November 28, 2022, at 11 AM with Pastor William C. Skipper officiating. Interment will follow in the Lohr Cemetery, Swanton.
In lieu of flowers, memorials may be made to the Rocky Drean Assembly of God, 883 Bray School Rd, Oakland, MD 21550.

To order memorial trees or send flowers to the family in memory of Nancy Jane Bernard, please visit our flower store.