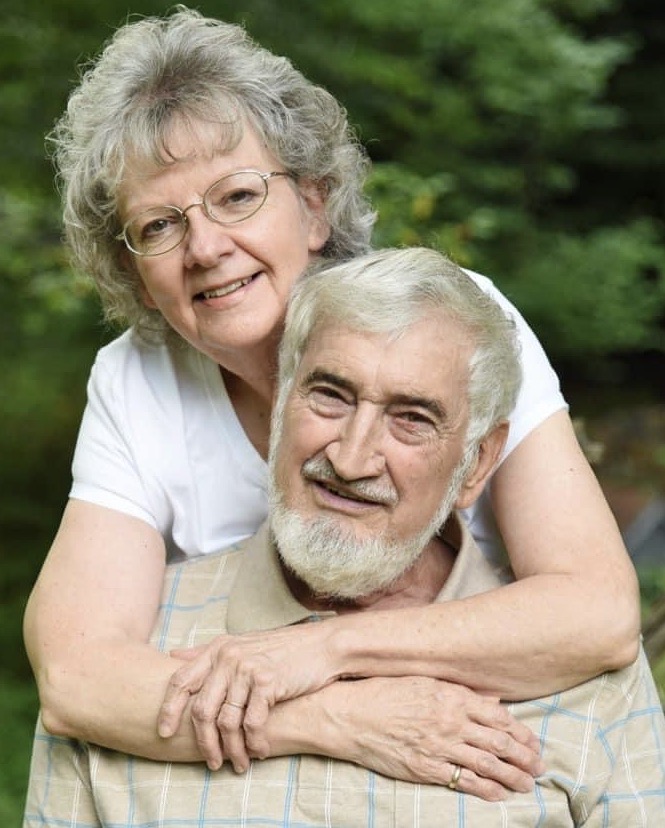 Milton Dent Canan, 78, of Accident, MD passed away peacefully on Thursday, May 12, 2022, at UPMC Western Maryland, surrounded by his family. Born on April 4, 1944 (4-4-44), in Crellin, MD, he was the son of the late Harry Wilbert and Bessie Jane (Hebb) Canan. Milton grew up on the family farm in Sunnyside, MD. He was a 1962 graduate of Southern High School, Oakland, MD.
Milton was the proud owner of the first Ford Mustang sold in Garrett County, a red 1964-½ that he purchased off the back of the car hauler. In 1967, Milton and Dawn moved to Hendersonville, NC before moving back to Garrett County in 1974. Together they built their home in Bittinger, MD where they still reside. He attended Meadow Mountain Mennonite Church.
Milton was an active member of the Bittinger Fire Department from 1979 to 2005. where he played an integral role in the early years of the department. Throughout his years of service with the department, he served in different roles including chief and assistant chief. He was a two-time company Firefighter of the Year and an Allegany Garrett County Association Firefighter of the Year.
Milton owned his own contracting business through the late 1970's and 1980's followed by many years of employment at Beitzel Corporation. He retired after working for Don Nemith Builders. He never truly stopped working even when health issues slowed him down. He was involved in every job or activity his family was working on, whether that meant helping with physical labor, supervising, being the chief inspector, or delivering pizza and popsicles. He was always there to help when his children were building, remodeling, or repairing their homes. Even up until his last days if he was unable to be there, he was sure to call and check on the progress. He took pride in teaching his children the value of hard work and a job well done.
Throughout his lifetime his greatest joy came from his children and grandchildren and supporting their hobbies. He spent countless hours catching softballs, building derby cars, and watching go-kart races. He enjoyed collecting coins, rocks and arrowheads. He loved to hunt and enjoyed the outdoors and taught his family to also love and live off the land. The last eight years of his life were spent fighting kidney failure-during which time he traveled to and from UPMC Western Maryland Dialysis Center several days a week where he developed lasting relationships with other patients and the staff who provided his care.
Milton married Dawn Colleen Skipper on June 5, 1965 (6-5-65). In addition to his wife, he is survived by nine children, Regina (Steve) Sandberg, Carolina (Kevin) Dodge, Marylyn (Eric) Rudy, Clarissa (Ryan) Critchfield, Autumn Shunk, David Canan, Scott (Jennifer) Canan, Jarrod Canan, and Krystle (Ryan) Brenneman; fourteen grandchildren, Airica Browning, Rhiannon Dodge, Cade and Kyla Critchfield, Annika and Olivia Shunk, Luke and Alexis Canan, Chase and Kiley Rubio, Ryaa, Raelynn, Landry and Larsyn Brenneman; and two great-grandchildren, Alaina and Adalyn Browning. He was preceded in death by his parents and his brothers, Larry Canan on December 29, 2014, and Glenn Canan on March 24, 2022.
Friends will be received at the C & S Fredlock Funeral Home, P.A., 21 N 2nd St., Oakland on Sunday, May 15, 2022, from 5 to 8 PM and at the Meadow Mountain Mennonite Church, 6117 Bittinger Rd, Swanton on Monday, May 16, 2022, from 10 to 11 AM after which a funeral service will be held with Pastor Ron Beiler and Robert Hebb officiating. Interment will follow in the Meadow Mountain Mennonite Cemetery.
The C & S Fredlock Funeral Home is honored to be serving the Canan family.

To order memorial trees or send flowers to the family in memory of Milton Canan, please visit our flower store.