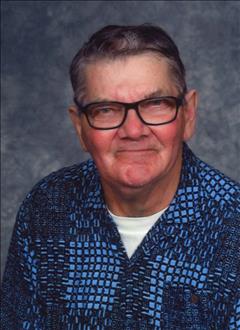 Milford Arley Moats, 80, of Aurora, West Virginia, passed away at his home on February 7, 2020. He was born November 2, 1939 in Stemple Ridge, West Virginia a son of the late Cyrus William and Edna Marie Simmons Moats.

In addition to his parents, he was preceded in death by five brothers, Bill Moats, Keith Moats, Lawrence Moats, Darvin Moats, and Doyle Moats, and one sister, Millie Moats.

Mr. Moats attended the Maple Grove Assembly of God Church. He worked for Wood Products in Oakland, Maryland for numerous years. Milford enjoyed going for rides down the roads, picking up old cans, both for scrap metal and cleaning up our roadways. He was known by his community as the Sheriff and would constantly remind those to buckle up for safety. He loved anything related to nature, especially feeding the birds and deer. He enjoyed watching Westerns and shows such as Andy Griffith.

Friends will be received at the Aurora Memorial Building, Tuesday, February 11, from 11:00 am - 3:00 pm, with funeral services being conducted at 3:00 pm with Rev. Ryan Miller officiating. Interment will follow in the Aurora Cemetery. Hinkle-Fenner Funeral Home has been entrusted with the arrangements. Condolences may be made to the family at www.hinklefennerfuneralhome.com

To order memorial trees or send flowers to the family in memory of Milford Moats, please visit our flower store.