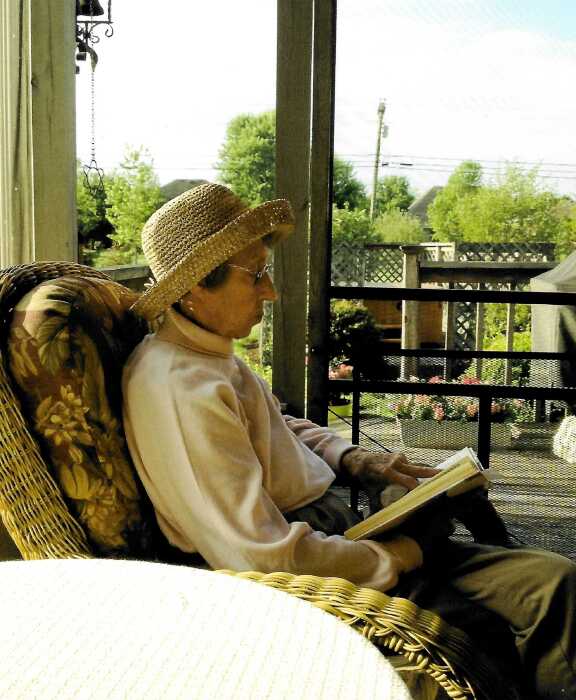 Mildred Ruth (Wensel) Dunbar, 99, of Oakland, died peacefully at her home on September 10, 2020. She was born on April 19, 1921, in Oakland, she was the daughter of the late Floyd and Bertha (Nicholson) Wensel. She was also preceded in death by her husband of 60 years, Eugene “Barney” Dunbar, in 2002; and by three brothers, Ralph Wensel, Walter (Howard) Wensel and Laurence Wensel.

Mildred graduated from Oakland High School and went on to graduate from South Baltimore General Hospital’s School of Nursing as a registered nurse. She came back to “the mountaintop” working in doctors’ offices until she became employed at Garrett County Memorial Hospital as a floor nurse before being appointed Director of Nursing. She was highly respected within the medical community, and in 1979, she was recruited to help Hopemont Hospital earn its state medical certification. Throughout her professional career she worked tirelessly as she led by example.

Not only did she contribute to improving the health and welfare of Garrett and Preston counties professionally, she donated time and energy to many organizations and activities. In earlier years she was a 4-H leader, a Cub Scout Den Mother, a member of the League of Women Voters, she volunteered at Christian Crossing and at the End of the Line bookstore, she did blood pressure checks at Underwood South, served as president of the BPW, and enjoyed membership in the Mountain Laurel Garden Club. She was a long-standing member of St. Mark’s Lutheran Church. In 2004, Mildred was inducted into the Garrett County Women’s Hall of Fame. Additionally, she was recognized by the Governors of Maryland and West Virginia for her decades of professional and community service.

Mildred’s quest for learning and personal growth was unending. Throughout her professional career she took a number of college courses for personal knowledge in addition to receiving certification as a nursing administrator with the American Nursing Association and certification as a gerontology nurse. In her eighties she joined St. Mark’s Hand Bell Choir, took up a new endeavor of managing a hive of bees, and she enrolled in several art classes and attended yoga classes. Her amazing “can do” attitude was infectious. Decades after being actively involved in the community, former workers, students and peers would stop her in restaurants and grocery stores to share stories of her enormous impact. Hers was a life well lived.

Friends will be received at the C & S Fredlock Funeral Home, P.A., 21 N 2nd St., Oakland on Sunday, September 13, 2020, from 2 to 4 & 6 to 8 PM. A funeral will be held in the funeral home on Monday, September 14, 2020, at 11 AM with Rev. Dr. C. Scott Robinson officiating. Interment will follow in the Oakland Cemetery. Face coverings are required, social distancing should be observed and, if you are ill, please stay home and visit with the family at a later time.

In lieu of flowers, expressions of sympathy may be made in the form of a memorial donation to Saint Mark’s Lutheran Church, 6 S. 2nd St., Oakland, MD 21550. Friends may also celebrate Mildred’s life by performing an act of kindness.

To order memorial trees or send flowers to the family in memory of Mildred Dunbar, please visit our flower store.