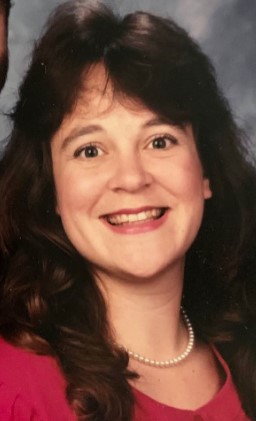 Mary was a lover of art, music, writing, and cats. She graduated from Southern Garrett High School in 1981 and earned a Bachelor's Degree in theatre/play writing from West Virginia University in 1985. After college, she lived for several years in North Carolina until she moved back to Oakland in 1990. She then began working at The Republican Newspaper, which had been owned by her family since 1890. She and her husband John both worked at the paper for 27 years until the family sold the business in 2017.

Mary was a staff writer at the paper, where, in addition to news stories, she wrote numerous essays and opinion columns, attracting a large fan base among readers. She wrote, often humorously, on the subjects of life, love, people she admired, holidays, the changing of the seasons, and her own family life with her husband and three sons. At the paper, she rose to the rank of Senior Writer, and briefly served as Editor during the transition period following the family's sale of the paper.

After she left the paper, Mary became actively involved in the Garrett County Arts Council, where she served as the Arts & Entertainment Coordinator for Oakland and Grantsville. She was a talented artist, singer, musician, and writer, and she was active in many local organizations, such as St. Mark's Lutheran Church, where she sang in the choir and served on the Church Council. She was active in the Garrett Choral Society, Garrett County Community Band, Warm The Children, the Mountaintop Soccer League, and the Southern High School Band Boosters, serving for two years as its president.

In her spare time, she enjoyed singing, playing piano, oil painting, and creative writing, as well as interacting with her beloved feline friends. She was recently happy to witness the marriage of her son, Robert, and his wife Emily, which occurred at the nursing home on Thursday Nov. 10, 2022, the same day she was admitted.

Friends will be received at the C & S Fredlock Funeral Home, P.A., 21 North Second St., Oakland, MD, from 4 to 7 PM on Friday, Nov. 25; and at St. Mark's Lutheran Church, from 10:30 to 11:00 AM on Saturday, Nov. 26, with a funeral service held at 11:00 AM with Pastor Tom Omholt officiating. A reception will be held immediately after the service. In lieu of flowers, the family requests donations be made to Cindy's Fund and/or Hospice of Garrett County.

To order memorial trees or send flowers to the family in memory of Mary McEwen, please visit our flower store.