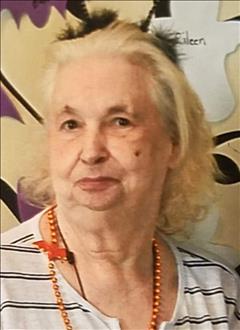 Mary Elizabeth Infante, 82, most recently of Parsons, West Virginia, formerly of Akron, Ohio passed away at home surrounded by her family on January 7, 2020. She was born February 14, 1937 in Bedford, Pennsylvania a daughter of the late Irvin B. and Winiford O. Miller.

She was preceded in death by her husband, Richard Scott Infante on January 6, 2009, whom she married on July 12, 1957. Also preceding her in death were two children, Rick Scott Infante and Pamela Mae Lewis, two brothers, Charles Paul Miller and Robert Eugene Miller, and one sister, Francis Infante.

Mrs. Infante was a proud homemaker throughout her life. She enjoyed crafting and never turned the television off and she could always find something interesting to watch. She was an avid collector of antiques and knick-knacks. Her pride and joy were her grandchildren and great-grandchildren.

At the request of Mrs. Infante, she will be cremated. Hinkle-Fenner Funeral Home has been entrusted with the arrangements. Condolences may be made to the family at www.hinklefennerfuneralhome.com

To order memorial trees or send flowers to the family in memory of Mary Infante, please visit our flower store.