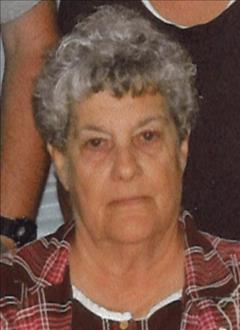 Mary Lou (Sturm) Crowl, 82, of Davis, West Virginia passed away at her home surrounded by her family on June 25, 2020. She was born July 29, 1937 in Hambleton, West Virginia, a daughter to the late Greta Mae and Delbert Earl Sturm.

In Addition to her parents, Ms. Crowl was preceded in death by her husband on January 3, 2017, Frederick Myron Crowl, Sr., whom she married April 20, 1988, two sisters, Eula (Teenie) Dumire and Susan M. Craft, and one grandson, Derek Wayne Harman. She was the last surviving member of her immediately family.

Mary Lou worked in several different industries throughout her life and was well known in the community. She took great pride in caring for her home and family. She was a member the FOE #936 from 1978-2017.

To order memorial trees or send flowers to the family in memory of Mary Crowl, please visit our flower store.