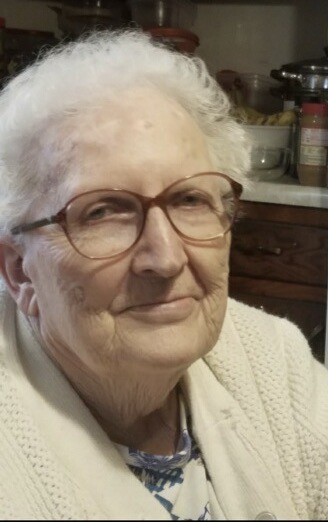 Marjorie "Marge" Jean Browning, 90, of Oakland, passed away on Tuesday, July 19, 2022, at Garrett Regional Medical Center. She was born on February 14, 1932, and was the daughter of the late Judson "Judd" and Cora (Morris) Glotfelty.

She was employed by the Board of Education as a bus contractor and driver who retired after 37 years. She was also a homemaker who loved her family and home.

In addition to her parents, she was preceded in death by her husband of 67 years, Charles "Mick" Browning; a brother, Ronald Glotfelty; and a sister, Dorothy Glotfelty.

Per her wishes, there will be no visitation or service. She will be buried next to her husband at the Deer Park Cemetery.

"When I quit this mortal shore and mosey 'round this earth no more, don't weep, don't sigh, don't grieve, don't sob; I may have struck a better job. Don't go and buy a large bouquet for which you'll find it hard to pay. Don't stand around me looking blue; I may be better off than you!"

The C & S Fredlock Funeral Home, P.A., Oakland, is honored to be serving the Browning family

To order memorial trees or send flowers to the family in memory of Marjorie Browning, please visit our flower store.