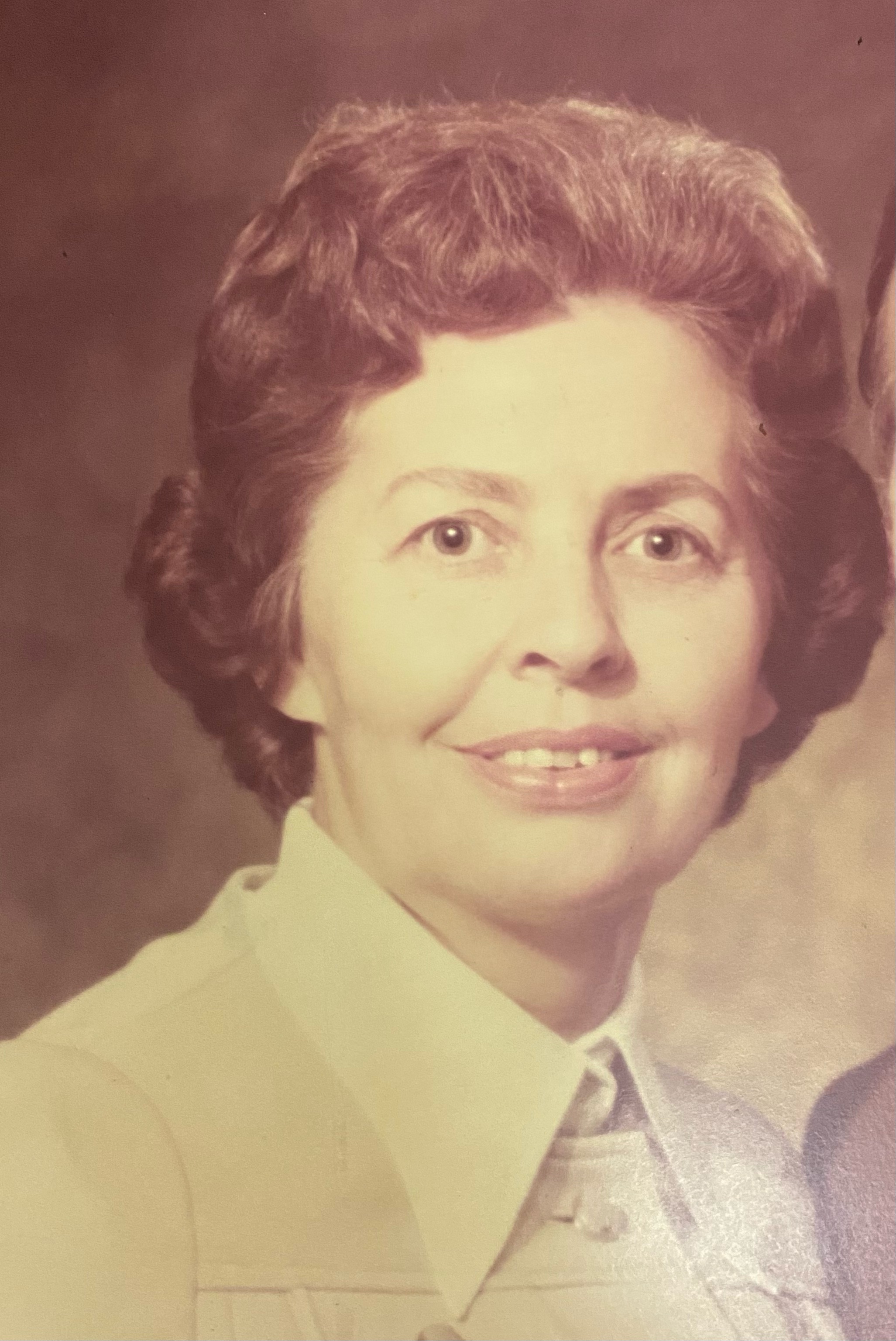 Margaret Katherine Germain, 96, of Oakland, MD, loving wife, mother, grandmother, and great-grandmother, died on Monday, December 7, 2020, at Dennett Road Manor. Born on April 4, 1924, in Oakland, she was the daughter of the late Daniel Archie and Beulah Mae (McRobie) Holland.
Margaret loved Garrett County, where she was born, lived and died. She and her late husband, Emile, were the owners of the Family Shoe Store and Germain's Sewing Center. Margaret was a member of St. Matthew's Episcopal Church and was instrumental in creating the Nearly New store. She was also a dedicated volunteer for Hospice of Garrett County. In addition to spending time with her family, Margaret enjoyed playing cards, WVU football, traveling, enteraining family and friends, and reading comic strips in the newspaper, especially Blondie and Dagwood. She was composed and graceful, both emotionally and physically. Being meticulous, nothing was out of place in her house or her car. Margaret will be lovingly remembered for being positive, optimistic and encouraging to all.
She is survived by her children, Barbara J. Lewis of Morgantown, WV and Mary Jane Germain of Oakland; grandchildren, Scott Germain and wife Kristiann of Oakland, Robert Germain and wife Kyeh of Arlington, VA, Eric Germain and wife Shannon of Oakland, Patrick Germain of Oakland, Jason Lewis and wife Teresa of Iowa City, IA, and Justin Lewis of Morgantown, WV; five great grandchildren; a brother, David Holland of Fairmont, WV; and numerous nieces and nephews.
In addition to her parents, she was preceded in death by her husband of 50 years, Emile L. Germain; a son, Joseph E. Germain; brothers, Abraham Holland, Daniel M. Holland and Richard Holland; and sisters, Cassie Louise Bowman and Shirley Guthrie.
A memorial service will be held on Saturday, July 10, 2021, at 10:30 AM in St. Matthew's Episcopal Church, 126 E Liberty St., Oakland with Rev. Dr. Chip Lee officiating.
Memorial donations may be made to the Southern Garrett County Rescue Squad, PO Box 378, Oakland, MD 21550; St. Matthew's Episcopal Church, PO Box 303, Oakland, MD 21550; or Hospice of Garrett County, PO Box 271, Oakland, MD 21550.
The C & S Fredlock Funeral Home, P.A., Oakland is honored to be caring for the Germain family.

To order memorial trees or send flowers to the family in memory of Margaret Germain, please visit our flower store.