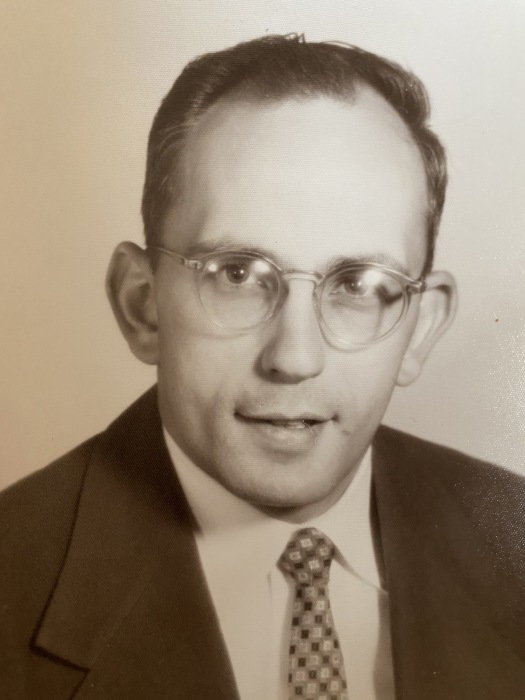 LeRoy Edwin Bolding, 87, of Oakland, passed away in the morning of February 15, 2020, at his home. He was born on February 26, 1932, to the late George and Mae Bolding in Ridgewood, NJ. He graduated from Ridgewood High School and Delaware Valley University, where he was a member of the football team. LeRoy was a veteran of the United States Navy serving during the Korean War. After college, he began his career of over 30 years as a teacher in the Garrett County school system. He began teaching at Kitzmiller Elementary and then spent the majority of his career teaching science at Southern Garrett High School, where he was also the head football coach. He loved working on his farm, raising sheep and beef cattle and enjoyed time surf fishing in Bethany Beach, Delaware. In addition to his parents, he was preceded in death by two sisters, Elaine and Virginia; and a brother, George. He is survived by his wife and best friend of 63 years, Norma Browning Bolding; his four children, Linda Colaw and husband Mike of Oakland, Michael Bolding and wife Julie of Spring Run, PA, Mary Bolding Lewis of Oakland, and Stephen Bolding of Oakland; grandchildren, Nichole Jones and husband Christopher of Fredrick, Jennifer Genovese and husband Pete of Shepherdstown, WV, Taylor Lewis and fiancé Ryan of Salt Lake City, UT, Caleb Lewis and fiancée Tracy of San Jose, CA, Cody Colaw and wife Kelly of Downingtown, PA, Kevin Colaw of Morgantown, WV, Michael Bolding of Newton, NC, and Joey Bolding, Michaela Bolding, and Jeremy Bolding of Spring Run, PA; eight great grandchildren; and many nieces and nephews.  Friends will be received at the C & S Fredlock Funeral Home, P.A., 21 N 2nd St., Oakland on Monday, February 17, 2020, from 2 to 4 and 6 to 8 PM. A memorial service will be held at a later date. In lieu of flowers, memorials may be made to the Southern Garrett Athletic Association, c/o 345 Oakland Dr., Oakland, MD 21550; Hospice of Garrett County, PO Box 271, Oakland, MD 21550; or the Alzheimer's Association, 225 N Michigan Ave. Fl 17, Chicago, IL 60601.

To order memorial trees or send flowers to the family in memory of LeRoy Bolding, please visit our flower store.