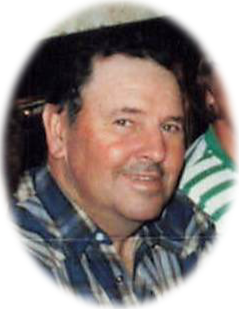 Kermit Lloyd Bonner, 87, of Red Creek, a life-long Tucker County resident, passed away peacefully on December 31, 2020, at the Monongalia General Hospital in Morgantown where he had been a patient since Christmas evening. He had been in a period of declining health for several years.  He was a son, brother, husband, father, grandfather, uncle, mentor, and friend. He had a life well lived and a life well loved.

Kermit was born on Monday, September 11, 1933, in Red Creek, on the farm where he lived most of his life. He was the youngest of eight children born to the late Casper and Margie (Hinkle) Bonner and was the last surviving member of his family. He was predeceased by his sisters Winifred Parsons, Hallena Bonner, Virginia Raines Sheets, Sophia Irene Brown, and Reva Emerson and his brothers Warren and Darwin.  A son-in-law, Patrick Taylor, also predeceased him.

He attended the Flanagan Hill School and graduated from Davis High School in 1952 and was the last surviving male member of that class. He also attended Potomac State College.

Kermit loved his family and he loved the land. He was a true farmer at heart.  He worked on the family farms in Red Creek and Canaan Valley his entire life.  He took great pride in his home place in Red Creek that has been in his family since 1929 and named the farm Stoneridge.  He was proud of the black Angus cattle he had raised since 1967..   Since 2002, he had been a not-so-silent partner of Mountain Trail Rides in Canaan Valley with his daughter Kim.   He and Ruth were honored multiple times by the Tygart Valley Soil Conservation Service for their work on the farm, and he served several terms on the Randolph-Tucker County Farm Service Agency committee.

Kermit had a sense of duty, determination, and a work ethic that was to be admired. He tried to instill those qualities in his daughters and grandchildren. He was employed by Island Creek Coal (Consolidated Coal) at the North Branch mine in Bayard for 30 years before retiring in 1994. Before that, he worked as a brakeman for the Baltimore and Ohio Railroad out of Keyser, helped build the lodge at the Blackwater Falls State Park, worked at Continental Can factory in Pittsburgh and in the steel mills in Cleveland.  The farm, however, was his life.

Following his retirement from the mine, Kermit and Ruth traveled in the fall throughout the United States on guided farm tours sponsored by the West Virginia Cattleman’s Association to Florida, and most of the states west of the Mississippi. They also attended the West Virginia State  Fair for several years. These were the closest thing to a vacation he ever had and he enjoyed seeing different farming techniques and meeting others with similar interests.  He never retired from the farm.

Kermit was a member of the Flanagan Hill United Methodist Church and the West Virginia Farm Bureau. He was also a  member of Lodge No 103, I.O.O.F. , the Pilgrim Commandry No. 21 of the Knights Templar, and Thomas-Fairfax No. 174 Masonic Lodge.

The family would like to thank the members of the Tucker County Ambulance squad for the care and assistance given to Kermit and a special thank you to the medical staff at the Davis Memorial and Mon General Hospitals. Their care allowed him to live the last 14 years of his life and meant more to him and to the family than words can say.

Friends will be received, Tuesday, January 5, 2020 from 5:00 pm - 7:00 pm at Hinkle-Fenner Funeral Home. A funeral service will be held 11:00 am, Wednesday, January 6, at Flanagan Hill United Methodist Church with Rev. Jay Bunting and Rev. Neil Parsons officiating. Interment will follow in the Buena Cemetery. Hinkle-Fenner Funeral Home is honored to be of service to the Bonner family at this time.

To order memorial trees or send flowers to the family in memory of Kermit Bonner, please visit our flower store.