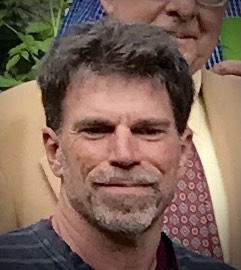 Joseph Rowland "Jay" Clark, Jr., of Mountain Lake Park was found dead in his home on Tuesday, November 9, a victim of an apparent heart attack.

A 20-year Navy veteran, Mr. Clark achieved the rank of Machinists Mate First Class before retiring from the Navy in 2005. After retirement, he remained at his home in Ewa Beach, HI, for several years, volunteering at the Arizona Memorial and participating in other volunteer opportunities there. He moved to Garrett County in 2009, purchasing and beginning restoration on a Victorian home in Mountain Lake Park. While living here, he worked as a river guide at ASCI, a musher at Husky Power Dogsledding and later opened his pet-sitting business, Garrett PetMinders, the area's first professional pet sitting service.

Jay was an avid, lifelong student of military history and often traveled to historic sites in the US and Europe. In addition, his outdoor activities included participation in hiking and rafting trips that utilised his river guide skills in the American West and Southwest. Most recently, he had returned from a rafting trip in the Grand Canyon.

Mr. Clark was educated at Peary High School in Rockville, MD and graduated from the University of Hawaii with a degree in Business Management. While living in Garrett County, he took full advantage of the educational opportunities offered by Garrett College and achieved several Associates Degrees while studying there.

He was the son of Joseph Rowland Clark, Sr. of Gaithersburg, MD and late Joan (Gibbs) Clark. He is survived by his brother, Michael Stone Clark (Shelley) of Highlands Ranch, CO, their children Garrett and Taylor; two cousins, Elizabeth Randau (Adam) of Chesterland, OH and Erin Gibbs (David Sundstrom) of Mentor, OH and his aunt Kathleen Gibbs (Chip Lee) of Mountain Lake Park.

Memorial contributions may be made to HART for Animals (www.hartforanimals.org) or The Natural Resources Defence Council (www.nrdc.org). Further plans will be at the discretion of the family. The C & S Fredlock Funeral Home is honored to be serving the Clark family.

To order memorial trees or send flowers to the family in memory of Joseph "Jay" Clark, Jr., please visit our flower store.