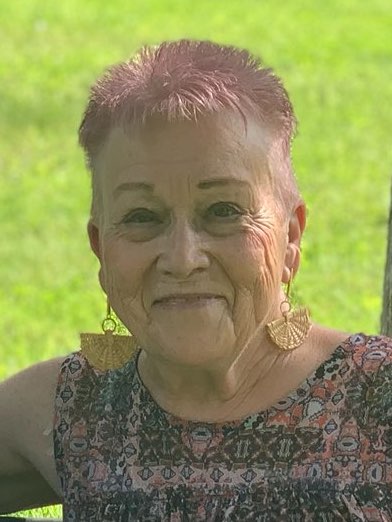 On August 11, 2020, Joann Carol (Keller) Uchic was called home by her Lord and Savior, Jesus Christ. She was born on March 1, 1942, in Pierce, WV, the daughter of the late John Keller and Goldie Caroline (Metz) Keller.

On June 20, 1964, Joann married Dick Uchic and they started their life together in Oxon Hill, MD. In 1974, they moved from Potomac Heights, MD to Sterling, VA where they raised their family for the next 40 years.  During those years, Joann worked as a receptionist at the National Wildlife Federation, Tycon Construction Co., Mannekin Corp. and Telos Corp., all in Northern VA. Joann and Dick both retired from Telos Corp. in 2008 and moved to Dick’s family home in Thomas, WV.

Joann was a brave and proud breast cancer survivor.  Some of her favorite activities were singing in the church choir, dancing the Jitterbug, shopping for clothes and jewelry, reading her daily devotionals and Bible, and going on walks.  Her warmth and kindness were always evident and she was admired for her sense of style.  Her greatest joy came from spending time with her children and grandchildren.  The most important thing in her life was her relationship with the Lord Jesus Christ.  She was gifted with encouragement and graciously used that gift to bring joy to others through cards, cakes, visits to the Nursing Home, and most of all, her beautiful smile.

To order memorial trees or send flowers to the family in memory of Joan Uchic, please visit our flower store.