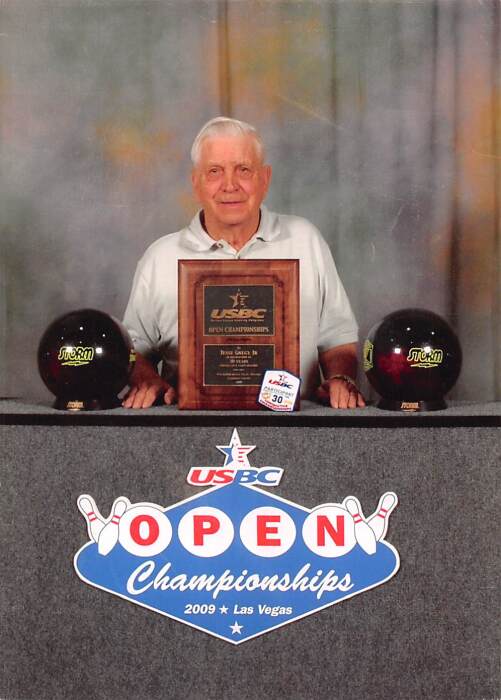 Jesse J. “Uncle Jesse” Gnegy, age 87, of Oakland, passed away on Wednesday, November 4, 2020 at the Garrett Regional Medical Center.  Born on March 24, 1933 in Eglon, West Virginia, he was the son of the late Jesse and Emma Gnegy.

Jesse proudly served in the United States Army during the Korean War era.  He was employed by Jones Trucking as a coal truck driver.  Jesse attended Maple Spring Church of the Brethren.  He was an active member of the Mount Storm Lions Club.  He enjoyed bowling, hunting and traveling.  During more quiet times, he loved watching the Steelers play football and game shows, Wheel of Fortune and Jeopardy.  He loved spending time with his family.

In addition to his parents, Jesse was preceded in death by his wife Helen M. Gnegy in July 2017; and a daughter, Tammy Stem.

Friends will be received at the C & S Fredlock Funeral Home, P.A., 21 N 2nd St., Oakland on Friday, November 6 from 6-8 PM and again on Saturday, November 7, 2020 from 11-1 PM at which time a funeral service will be held with Pastor Barbara Rexroad officiating.  Military honors will be accorded by the combined honor guard of the American Legion Proctor Kildow Post #71 and Deer Park VFW Post #10077.  Interment will be held in Garrett County Memorial Gardens on a later date.

In lieu of flowers, memorials may be made to the Mount Storm Lions Club, PO Box 55, Mount Storm, WV 26739.  Jesse’s family would like to thank the Southern Garrett County Rescue Squad and the nursing staff at Garrett Regional Medical Center.

The C & S Fredlock Funeral Home, P.A., Oakland, is honored to be serving the Gnegy family at this time.

To order memorial trees or send flowers to the family in memory of Jesse Gnegy, please visit our flower store.