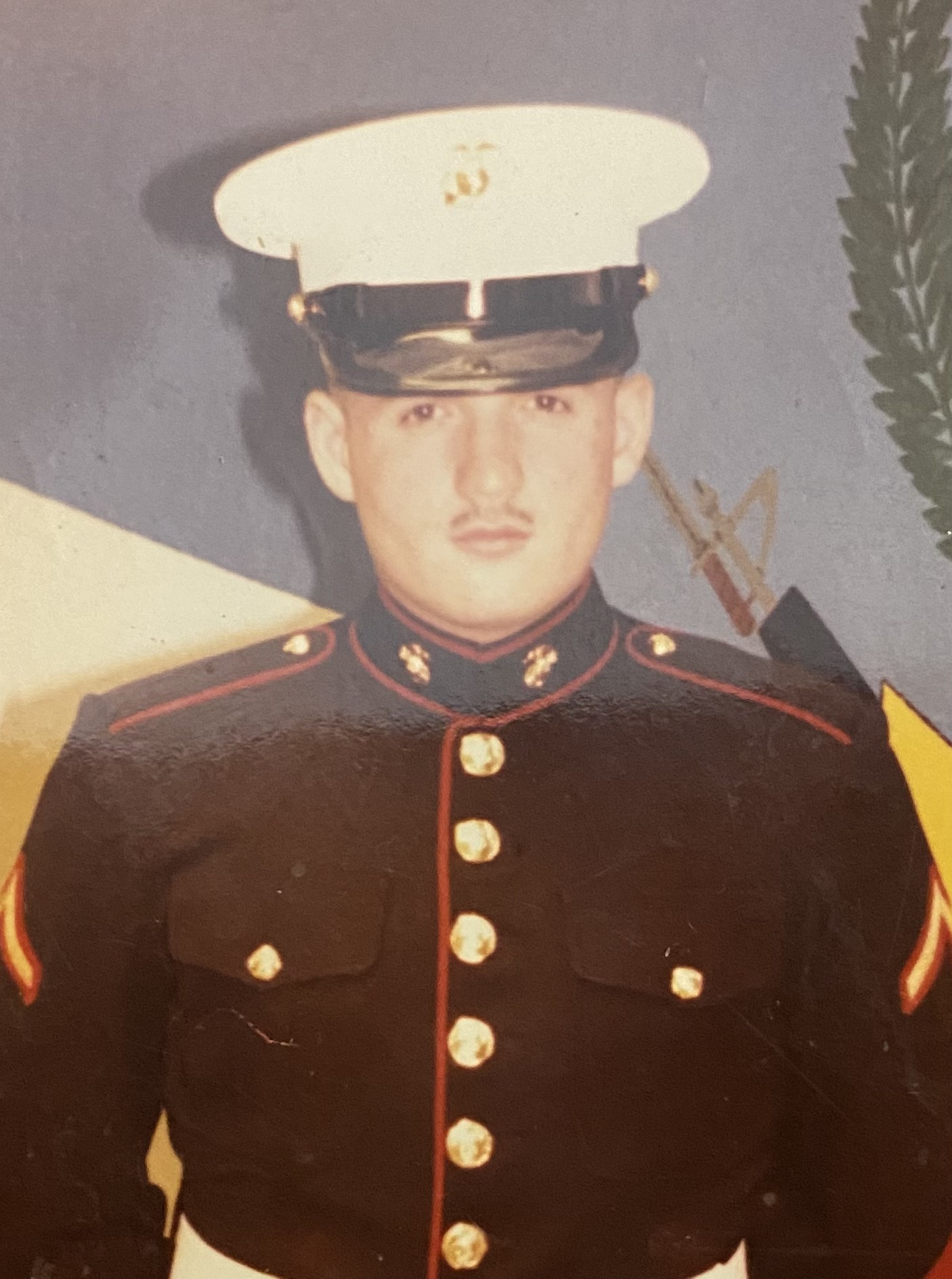 Jay Allen Marple, 56, of Morgantown, WV, passed away on February 26, 2022, at his home. Born on February 22, 1966, in Oakland, he was the son of Patricia Hicks of Newport News, VA and the late Dale Marple.
Jay worked as a diesel mechanic for R&R Trucking. He was a veteran of the United States Marine Corps and was very proud of his service. He was a past member of the Southern Garrett Rescue Squad, Lions Club and the US Marine Corp League in Oakland, Maryland.
Jay is survived by his wife of almost 30 years, Marsha Custer Marple, to whom he was married on March 21, 1992; his children, Brandon Manko and wife Heather, Tara McManus and husband Trent, and Dale Marple and wife Kaya; and four grandchildren, Jase Manko, Skylar Marple, Sadie Manko, and Trinity McManus.
In addition to his father, he was preceded in death by his grandparents, Allen and Pauline Marple and Mervin and Joan Shambaugh, and a very special aunt, Genevieve "Chickie" King and her husband Bill.
Friends will be received at the C & S Fredlock Funeral Home, P.A., 21 N 2nd St., Oakland on Friday, March 4, 2022, from 4 to 7 PM and on Saturday, March 5, 2022, from 9 to 10 AM. A funeral service will be held at 10 AM with Rev. Dr. Matthew Paugh officiating. Interment will follow in the Garrett County Memorial Gardens with military honors accorded by the combined honor guard of the American Legion Post #71 and Deer Park VFW Post #10077.
The C & S Fredlock Funeral Home is honorred to be serving the Marple family.

To order memorial trees or send flowers to the family in memory of Jay Marple, please visit our flower store.