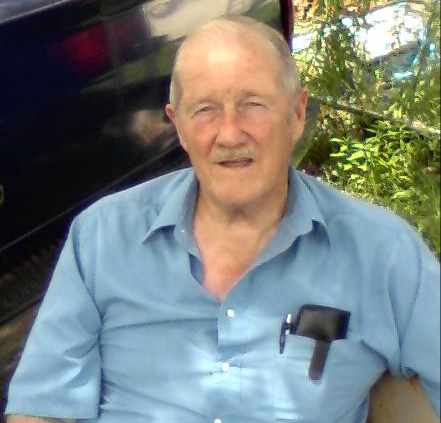 Harold Henry Upole, 85, of Deer Park, passed away on April 22, 2020 at the West Virginia Veterans Nursing Facility in Clarksburg. Born on June 26, 1934 in Deer Park, he was the son of the late George “Tuck” and Alta Jane Upole. Harold proudly served in the United States Army during the Korean War era as a medical orderly at Walter Reed National Military Medical Center. Upon returning to Garrett County, Harold was the proprietor of many businesses including Upole Camper Sales and Used Car Lot. He was a member of the Loch Lynn Church of God, Proctor-Kildow American Legion Post #71 and VFW Post #10077 in Deer Park. Harold was a yarn spinner. He loved his family and visiting with “the McDonalds Crew” in the evenings. He enjoyed watching Mark Martin in NASCAR races and would only drive a Ford vehicle. Upon his arrival at the nursing facility in Clarksburg, Harold became an avid bingo player and was the socialite of the 2nd floor. He never met a stranger and will be truly missed by all who knew him.

All funeral services are private. The family is planning to hold a memorial service at a later date. Harold’s family would like to thank the 2nd floor staff at the WV Veterans Nursing Facility for the compassionate care shown to him; and also to his special friends, Doug Riffle and Roger Roy for the companionship they shared with Harold. Memorial contributions may be directed to Wounded Warrior Project, PO Box 758516, Topeka, KS 66675-8516. The C & S Fredlock Funeral Home, P.A., Oakland is proud to be serving the Upole family at this time.

To order memorial trees or send flowers to the family in memory of Harold Upole, please visit our flower store.