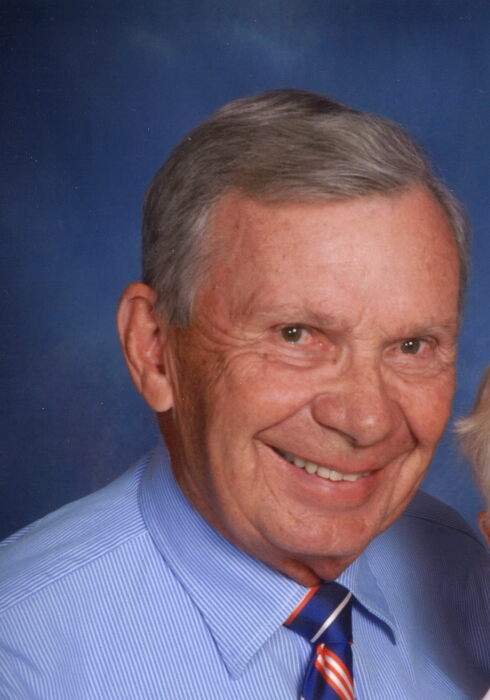 Fritz attended grade schools in Maumee, OH, and Alliance, OH, graduating from Alliance High School in 1947. He matriculated at Purdue University, West Lafayette, IN, and graduated with a BS in Civil Engineering in 1951.

He worked for the Boeing Airplane Co. in Seattle, WA, and then entered the US Army Corps of Engineers and served in Korea from 1952 to 1954. Following military service, he was employed by the Republic Steel Corp., followed by over twenty years as Director of Engineering at the US Naval Academy in Annapolis, MD, where he also volunteered as an off-shore sailing coach.

He is a member of the First Presbyterian Church in Brownsville, TX.

As a Registered Professional Engineer, he served as president of the local chapter in Annapolis, MD. He was a former member of the Annapolis Yacht Club, the Sailing Club of the Chesapeake, and the Laguna Madre Yacht Club in Port Isabel, TX.

Fritz and his family raced their sailboats, Tomboy and Scamp, on the Chesapeake Bay for many years. During his retirement years, he taught skiing at the Canaan Valley State Park. As a life-long golfer, he recently has enjoyed playing at the Holly Meadows Country Club in Parsons, WV, and the South Padre Island Golf Club in Laguna Vista, TX, where he resided during the winter months.

In addition to his parents, he was preceded in death by one brother, James Louis Corey and one sister, Norma Jeanne Donaldson Postel.

Mr. Corey's request for cremation will be honored. There will be a celebration of life held at a later date. The Hinkle-Fenner Funeral Home is honored to be serving the Corey family.

Donations may be made in his name to his favorite charities, The Salvation Army and any local animal shelter.

To order memorial trees or send flowers to the family in memory of Frederic "Fritz" Corey, please visit our flower store.