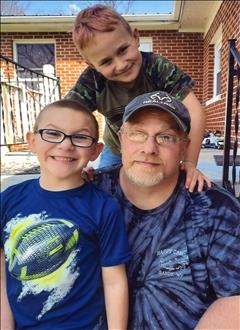 Frank was a graduate of Harman High School in 1991. He was a well-known handyman and worked for Land of Canaan in the maintenance department. He loved spending time on the shores of the river fishing. He enjoyed taking long rides up through Gandy. His pride and joy was his two boys that he loved dearly.

Private funeral services were held Saturday, July 11, 2020. Interment followed in the Laurel Hill Cemetery, Whitmer, West Virginia. We encourage our communities to share memories and condolences with the family at www.hinklefennerfuneralhome.com Hinkle-Fenner Funeral Home has been entrusted with the arrangements.

To order memorial trees or send flowers to the family in memory of Frank Harvey, please visit our flower store.