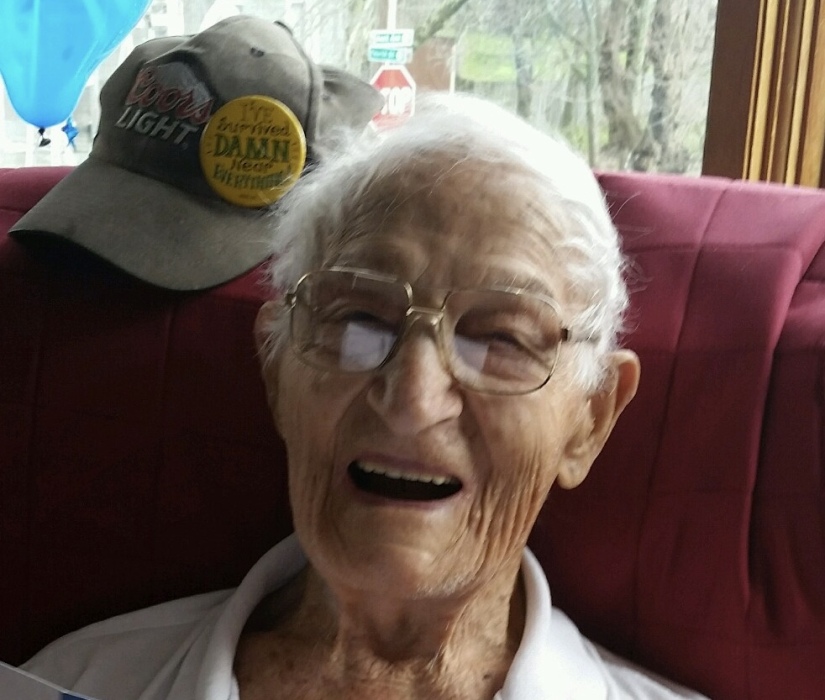 Frank D. DelSignore, born April 8, 1924, in Meriden, WV, died October 15, 2020 in his home in Davis, WV under the loving care of his son John and daughter-in-law Mandy. He was the son of the late Paulo DelSignore and Vincenza Pizzoferrata.

Frank quit school at the age of 16 to enlist in the Army. He served in the 1st Battalion 160th Infantry from 1940 – 1945, honorably discharged as a TSGT having served in Iceland, England, Ireland, Africa, Sicily, and the South Pacific. Frank led a very interesting life and was a jack-of-all trades. After marrying Glenda Peterson, the love of his life, in 1951, they moved to Chicago where he became a Journeyman Machinist, carrying this trade back to Wheeling, WV. He learned to ski while in the Army, so it was a perfect fit for him to manage the Weiss Knob Ski Resort for several years. He was in the trucking business for many years and built the Canaan Valley Golf Course. Using the equipment from building the golf course, he leased the land between Davis and Thomas and stripped coal for a year on his own before forming Davis Trucking Company which employed several people for many years. At the age of 49, Frank retired when he sold the business to his brothers, making it the most successful of their Buffalo Coal Company businesses. He took up flying at the age of 55, getting his private pilot’s license and logging over 1,200 hours of flight time over 20 years. Frank loved his wife dearly and always said that the successes in his life would have never been possible without her at his side. His life was filled with extraordinary stories, and he loved to share them. He loved his family, friends, laughing, hunting, fishing, and being social. He was a standing member of the Davis F.O.E and the American Legion. Frank never met a stranger in his life.

To order memorial trees or send flowers to the family in memory of Frank DelSignore, please visit our flower store.