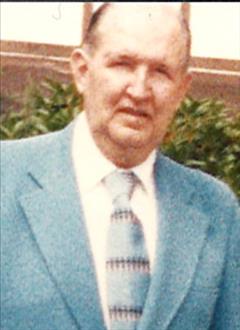 Edward Ralph Kepner, 91, of Thomas, West Virginia went to be with the Lord on March 1, 2020. He was born January 20, 1929 in Davis, West Virginia a son of the late Alice Aldean Worden and Ralph Eugene Kepner.

Mr. Kepner was preceded in death by his wife in 1998, Margaret R. Hockman Kepner. Also preceding him in death, one son, Edward Smith Kepner, one grandson, Edward Grant Kepner, and one infant sister, Lauren Ellen Kepner.

Before joining Miners & Merchants Bank, Mr. Kepner worked for Jim Myers Garage in Davis and Harmon Brothers in Grafton. He was Vice President of Miners & Merchants Bank for 30 years. He also served as a board member and was a stockholder. He was recognized as employee of the year in 1982. He was a member of the Odd Fellows #103 in Davis for many years. Ed was a contributor to the Tucker County Athletic Association and attended many games and was their #1 Fan. He served on the Tucker County Board of Education, and was an avid weather recorder in Tucker County.

To order memorial trees or send flowers to the family in memory of Edward Kepner, please visit our flower store.