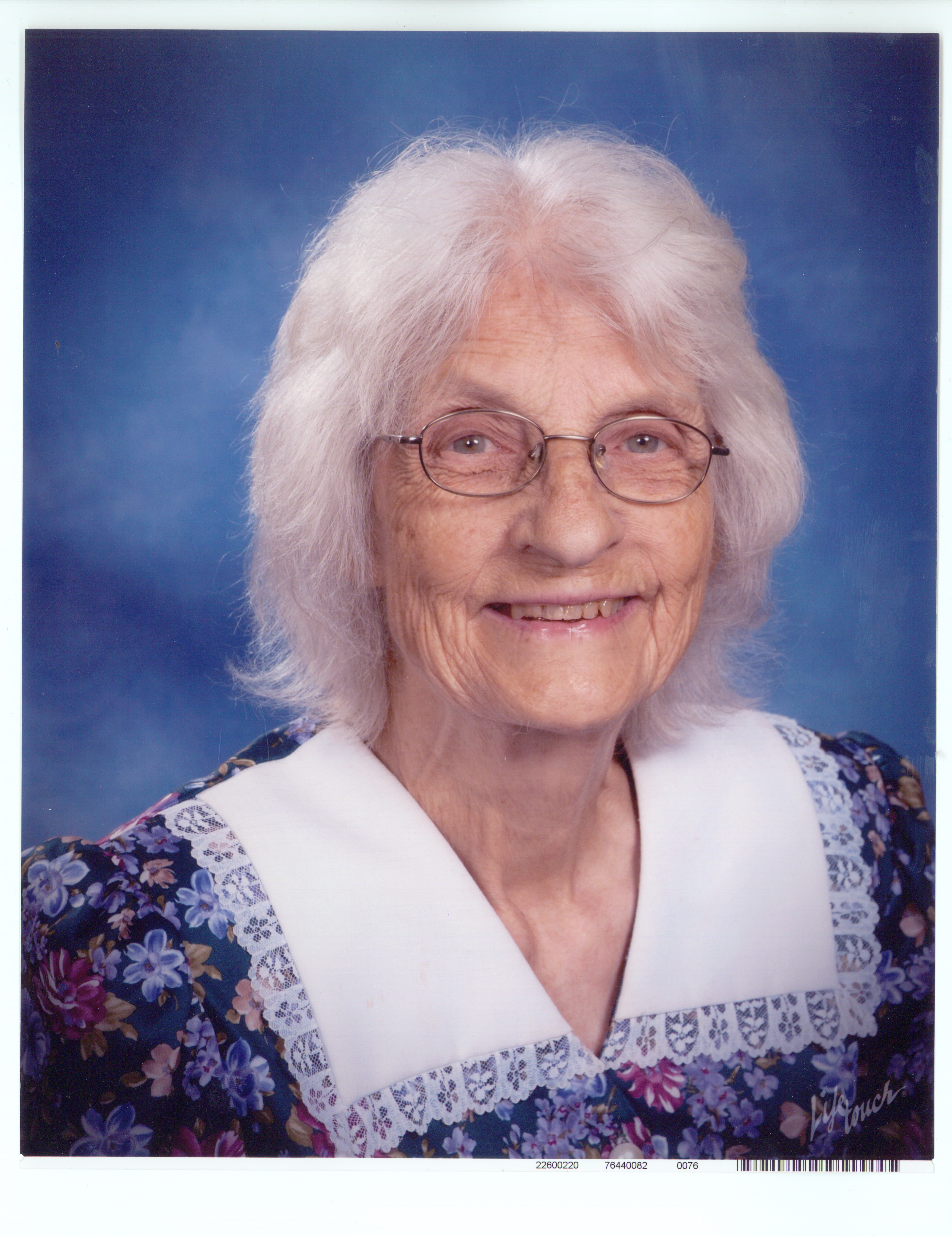 Edna Giese Wonderly, 96, of Black Mountain, North Carolina, formerly of Oakland, passed away on December 31, 2020.   Born on July 7th, 1924 on a homestead in Campbell County, South Dakota, she was a daughter of the late Friedrich and Christina (Fehr) Giese, both German immigrants from Russia.

After completing grades 1-8 in a one-room school, Edna graduated from Pollock (SD) High School at age 17.   She then earned a 2-year teaching certificate from Northern State Teachers’ College in Aberdeen, SD and taught Junior H.S. in Pollock from 1943 – 1945.  She then enrolled in Wheaton College (IL) where she completed a B.S. in Education degree in 1948 and also met her future husband.   She later earned an M.S. in Education from Indiana University–Fort Wayne in 1972.

She was a full-time school teacher in South Dakota (4 years), Missouri (1 year), and Maryland (15 years).  Her last 13 years of teaching were spent with grades 6-8 at Swan Meadow [public] School in Garrett County, MD, which was attended primarily by Amish students.

For a number of years, she was an unofficial assistant to her husband in his career as a college biology professor in North Carolina and Indiana.   In 1974, Daniel and Edna returned to his home town of Oakland, MD, where they became active members of Faith Evangelical Free Church.   Edna served in various capacities, especially teaching Sunday School, VBS, and Pioneer Clubs.  She was an active participant at the Mary Browning Senior Citizens’ Center in Oakland from 2005 until 2014.  She then relocated to the Marjorie McCune Memorial Center in Black Mountain, NC, where she was an  Independent Living resident until September 2019.

Edna was loved by everyone who knew her for her selfless, generous, and forgiving spirit; and for her cheerful and grateful attitude in all circumstances.  She will be greatly missed by her family and many friends.  Her family would like to express appreciation for the kindness and care that Edna received from Pelican Health at Asheville during the final 16 months of her life.

Final arrangements are in the care of C & S Fredlock Funeral Home, P.A., Oakland, MD.  Friends may share memories and condolences on their website at www.csfredlockfh.com.  Burial will take place in the Wonderly cemetery in Oakland next to her husband, Daniel Wonderly.

A virtual memorial service will be premiered on Sunday, April 25th at 3:00 p.m. at:    https://www.youtube.com/channel/UCI_xoJPDw2iY2-5KRIESuMQ. In lieu of flowers, memorial contributions may be made to Faith Evangelical Free Church, 1009 Maryland Hwy, Mountain Lake Park, MD 21550.

To order memorial trees or send flowers to the family in memory of Edna Wonderly, please visit our flower store.