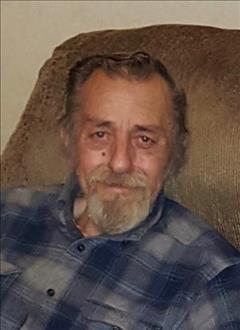 Dorsey Waybright, 76, of Aurora, West Virginia passed away at his home surrounded by his family on February 9, 2020. He was born April 15, 1943 in Preston County, West Virginia a son of the late Josiah Joe and Mamie May Hershman Waybright.

In addition to his parents, he was preceded in death by one daughter, Tavity Waybright, four brothers, Kenneth, Ronald, Richard, and Jonas, and one sister, Arlene, He was the last surviving member of his family.

Mr. Waybright was an expert tree climber and tree trimmer, he worked for Asplundh tree service and later went into business for himself, with D&W Tree Service. He loved spending time junking, going ginsenging, hunting, fishing, and talking on the CB.

Friends will be received Wednesday, February 12, at Hinkle-Fenner Funeral home, from 11:00 am - 1:00 pm with funeral services conducted at 1:00 pm with Ed and Eddie Surguy officiating. Interment will follow in the Mt. Israel Cemetery, Fellowsville, West Virginia. Hinkle-Fenner Funeral Home has been entrusted with the arrangements. Condolences may be made to the family at www.hinklefennerfuneralhome.com

To order memorial trees or send flowers to the family in memory of Dorsey Waybright, please visit our flower store.