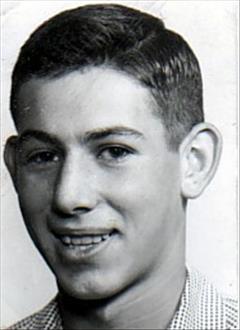 Donald Gene Kidwell, 83, passed away on January 15, 2020 at Cortland Acres in Thomas, West Virginia. Don made his home in Berkeley Springs for more than 50 years but spent his last three years with his daughter in Canaan Valley. He was born August 2, 1936 in Paw Paw, West Virginia a son of the late Paul Randolph and Rhoda Mary Peters Kidwell.

Mr. Kidwell was preceded in death by his wife, Roxanna Lea Haugh Kidwell on August 7, 1983, whom he married on October 26, 1957. Also preceding him in death, one brother, Garland Lee Kidwell and a son-in-law, Dr. Tom Patrick.

As a teenager, Donald grew up working in the apple orchards in Paw Paw. Don, known to his family and friends as Bean (Don, Donald or Gene, Injun or Pap Pap), was an outstanding athlete excelling in baseball and basketball as a proud Paw Paw Pirate.

He worked for AT&T as a communications technician for over 37 years. He served on the planning commission board in Morgan County and was a member of the Morgan County Saddle Club. His hobbies included farming, fishing, horseback riding, deer, coon and rabbit hunting.

He was an avid outdoorsman who felt most at peace at his hunting camp on Sideling Hill Mountain.

Hinkle-Fenner Funeral Home has been entrusted with the arrangements. Condolences may be made to the family at www.hinklefennerfuneralhome.com.

To order memorial trees or send flowers to the family in memory of Donald Kidwell, please visit our flower store.