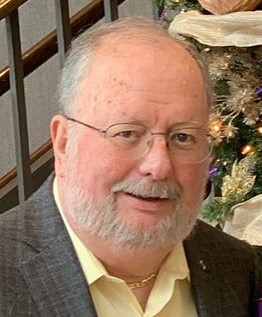 David Joseph Cole, 71, of Swanton, passed away peacefully at home on January 28, 2021, after a brief illness. He was surrounded by family and his two beloved cats.
David was born on March 19, 1949, in Streator, Ill., to the late Edward and Rosemary Cole.
David loved his country and was proud to have served in the United States Air Force. As an aircrew member and fluent Hebrew linguist, he was responsible for collecting, analyzing and reporting communications intelligence data.
Upon his return from active duty, David graduated college and went on to spend more than 30 years managing all aspects of the information technology industry, including large software development programs for various US government agencies, data center modernization and operations, and enterprise architecture. Following a successful career, he and Kimberly retired to their little cabin in the woods near Deep Creek Lake, MD. In addition to serving on the board of directors for the Mountain Laurel Medical Center, David was a dedicated member of St. Peter the Apostle Catholic Church, where he served on the Pastoral Council, was a Lector and an Extraordinary Minister of Holy Communion, and a member of the Knights of Columbus.
He is survived by Kimberly Parks Cole, his wife and best friend of more than 32 years; children, Elizabeth (Rodger) Delp of Moseley, VA, and Jeremy (Kristie) Cunningham of Oakton, VA; grandchildren, Berkeley (John) Ballew of Wise, VA, Logan Cunningham of Arlington, VA, and Grier Cunningham of Oakton, VA; great-granddaughter, Jamie Ballew of Wise, VA; brothers, Edward (Sherry) Cole of Spring Hill, TN, and James (Mary) Cole of Sligo, Ireland; sisters, Susan Cole Hawk of Austin, TX, and Caron (Janie Hughes) Cole of Brandon, FL; and many nieces and nephews.
A memorial mass will be held on Wednesday, February 10, 2021, at 2 PM in St. Peter the Apostle Catholic Church, 208 S 4th St, Oakland, MD 21550, with Fr. Tom Gills as celebrant. (THIS SERVICE WILL BE LIVESTREAMED. PLEASE USE LINK BELOW.)
In lieu of flowers, memorials may be made to St. Peter the Apostle Catholic Church or Hospice of Garrett County, P.O. Box 271, Oakland, MD 21550.
The C & S Fredlock Funeral Home, P.A., Oakland is honored to be serving the Cole family.

To order memorial trees or send flowers to the family in memory of David Cole, please visit our flower store.