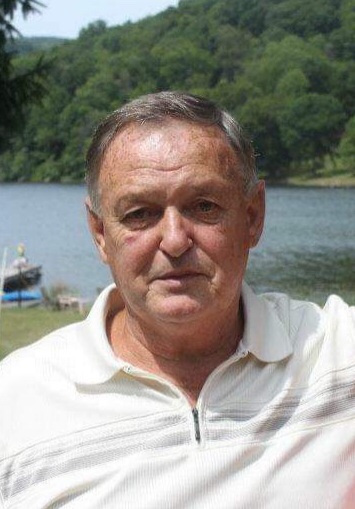 Darrell Lynn Rexrode, 74, of Fort Ashby, WV, died on Tuesday, October 19, 2021, at UPMC Western Maryland. Born on September 15, 1947, in Keyser, WV, he was the son of the late Woodrow Ross and Gertrude Gladys (Landis) Rexrode.
Darrell was a veteran of the United States Marine Corps having served during the Vietnam War. Prior to his retirement, he was a truck driver for Deep Creek Ready Mix. He was a member of the Moose Lodge in Wiley Ford, WV, the Deer Park VFW Post #10077 and the Oakland American Legion Post #71. In addition to spending time with his family and friends, Darrell enjoyed camping at Wapocoma Campgrounds in Romney, WV, watching Fox News, the Pittsburgh Steelers, and hanging out with his dog, Scooter.
He is survived by his wife, Linda (Kisner) Rexrode; his son, Eric Rexrode and wife Chelsea of Fort Ashby; his daughter, Sheila Rexrode and companion Shane Gains of Delmar, DE; a granddaughter, Lauren Robertson and fiancé Caleb Galloway; brothers, Burton Rexrode and wife Barbara and Lyle Rexrode; a sister, Carla Hyson and companion Harry Gerry; and a number of nieces, nephews and close friends that he considered family.
In addition to his parents, he was preceded in death by two brothers, Roger and Leo Rexrode.
Friends will be received at the C & S Fredlock Funeral Home, P.A., 21 N 2nd St., Oakland on Friday, October 22, 2021, from 2 to 4 and 6 to 8 PM. A funeral service will be held on Saturday, October 23, 2021, at 11 AM with his brother, Pastor Burton Rexrode officiating. Interment will follow in the Deer Park Cemetery. Military honors will be accorded by the combined honor guard of the Oakland American Legion Post #71 and the Deer Park VFW Post #10077.
In lieu of flowers, memorials may be made to DAV (Disabled American Veterans), PO Box 14301, Cincinnati, OH 45250-0301.
The C & S Fredlock Funeral Home is honored to be serving the Rexrode family.

To order memorial trees or send flowers to the family in memory of Darrell Rexrode, please visit our flower store.