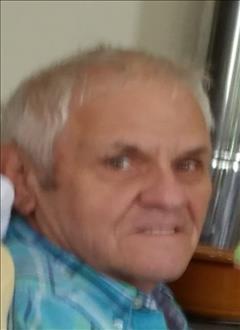 Charles Frederick Stewart, 75, of Thomas, West Virginia passed away at his home on March 28, 2020. He was born August 14, 1944 in Parsons, West Virginia, a son to the late Ralph Moore Stewart and Elizabeth Jane Kirkman Stewart.

In addition to his parents, he was preceded in death by one nephew, Rocky Ferguson.

Charles was a graduate of Parsons High School. He attended college at St. Louis and obtained a lab technician degree. In addition to working in the lab, he also took up side jobs for painting houses. His favorite pastime was buying and selling antiques. He will be greatly missed by his family and friends.

Due to the Covid-19 virus, there will be private family services conducted. Interment will follow in Bethel Cemetery, Holly Meadows, West Virginia. There will be a Celebration of Life held at a later date. Hinkle-Fenner Funeral Home has been entrusted with the arrangements. We encourage our communities to share their memories and condolences with the family at www.hinklefennerfuneralhome.com

To order memorial trees or send flowers to the family in memory of Charles Stewart, please visit our flower store.