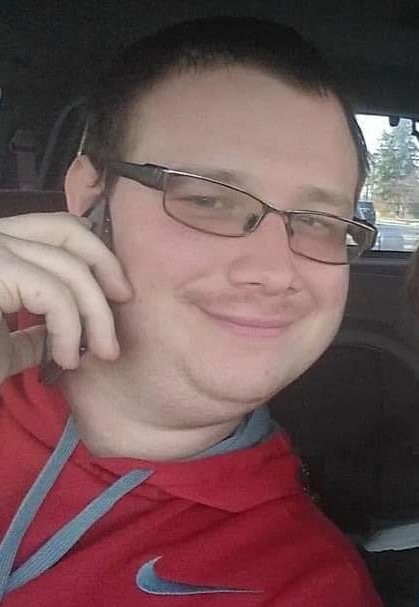 Charles Scott Mumford, 29, of Mechanicsburg, PA, died on Tuesday, December 8, 2020. Scott was born October 4, 1991, in Silver Spring Maryland to Gary and Tricia (Chuck) Mumford. He was the only son, joining his older sister Connie, and a very large extended family. He was originally known as Scott or Bubbas while living in New Carrolton then Jefferson, Maryland. In 2016 he moved to Pennsylvania to begin a new phase of his life and chose to use his given name of Charles. Scott was an energetic child and annoying his sister and his cousins was his all-time favorite activity. He loved animals and wished for a pet every Christmas. Tricia and Gary fulfilled that wish one year with Thumper Bumper Bunny. After receiving the bunny, Scott then greeted them with, “That silly, old Santa forgot my “DOOWG “ Scott was a life-long Giants fan and spent many hours arguing with his cousins over his favorite sport. To him, the arguing was the best part of the game. Scott enjoyed his time at the family gatherings. The food served at these holidays, especially the coffee cake and pumpkin rolls, piqued his interest in cuisine, and led him to working in a variety of restaurants. Scott was a loving and giving individual who would give great “bear hugs,” and his last dollar to a friend in need. He will be greatly missed by his family and friends. In additon to his parents, he is survived by his sister, Constance M. Minear and husband James; his nephews, Carson, Parker and Hunter Minear; his grandmother, Mildred Mumford; step-grandparents, Lou and Marge Shifflett; and many, many aunts, uncles and cousins. He was preceded in death by grandparents, Edward C. Mumford, Catherine A. Shifflett and John J. Foster. A funeral service will be held in the C & S Fredlock Funeral Home, P.A., 21 N 2nd St., Oakland on Tuesday, December 15, 2020, at 11 AM with Jon Zeigler officiating. Friends will be received one hour prior to the service. Interment will be in the Garrett County Memorial Gardens. The C & S Fredlock Funeral Home, P.A., Oakland is honored to be serving the Mumford family.

To order memorial trees or send flowers to the family in memory of Charles Mumford, please visit our flower store.