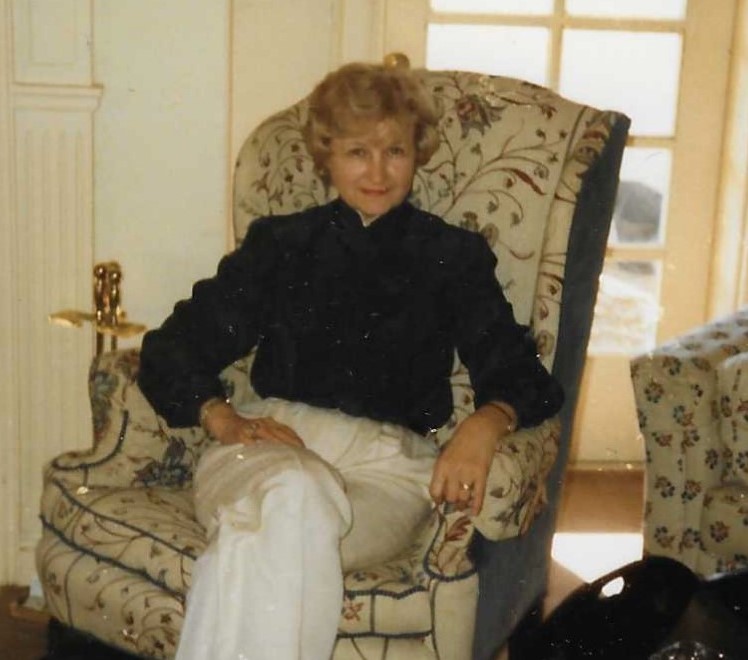 Catherine Elizabeth "Betty" Friend, 89, of Oakland, died on December 23, 2022, at her home with her husband of 52 years, Richard "Dick" Friend, at her side. Born on November 26, 1933, in Cumberland, she was the daughter of the late William Ewald Ruehl and Pearl (Hansrote) Ruehl, and step-daughter of the late Evelyn P. Ruehl.

One of the last remaining Deep Creek "originals", Betty started coming to the lake in the 1940's, spending weekends and summers at her father's cabin in Hazelhurst. She graduated from Allegany High School in 1951, where she was active in all things musical from singing to piano, the News Editor for the Alcohi Mirror student paper, a member of the Student Council, S.I.D. sorority and the Tri-Hi-Y service organization, and was voted "Best Looking" by her classmates in senior year. She spent a year studying music at the University of Maryland and then attended Catherman's Business School in Cumberland. She married her first husband, Claude Ravenscroft, in 1952, after they met at Thayer's Barn. Together they bought Patterson Boat Company on Harvey's Peninsula, Deep Creek Lake's original, exclusive Chris-Craft dealer. Claude died unexpectedly in 1968, leaving Betty with three children and $50 in her checking account. She quickly put her business education to work, taking over Patterson and building it into one of the top marinas on the lake. It didn't hurt that her second husband, Dick, arrived on the scene in 1970, freshly back from Vietnam. They were formidable partners, with Betty managing the sales and financials and Dick the mechanics and boat launch. Together, they landed an Invader dealership, sold Donzis, and introduced Supra ski boats to the lake. Patterson ultimately became one of the top Supra dealers in the United States. Betty and Dick sold their business in 1996 and retired to their 230-acre property. Betty was active in the community, serving as a member of the Deep Creek Watershed Zoning Board and Garrett County Planning Committee. She was a regular attendee at reunions of the original Friends of Deep Creek. In addition to her love of music, she was an avid Bridge player. She participated in a weekly game for years and could tell you the first time she bid and made seven spades.

Betty was preceded in death by her son, Bill Ravenscroft, who was killed in an auto accident in 1978. In addition to her husband, she is survived by her daughters, Robin Moreau of Urbana, MD and Catie Ravenscroft and husband David James of Davidsonville, MD; five grandchildren, Marni Huffstetler, Bill Kahn, Ken Kahn, Emily Walsh and husband Mark, and Cody Kahn; three great grandchildren; and many beloved nieces and nephews. Betty received a steady stream of family and friends over the last several months. Quick witted to the end, she was always engaging and ready to share her fervently held thoughts on the state of the world, just so long as you didn't interrupt The Young and the Restless.

Friends will be received at the C & S Fredlock Funeral Home, P.A., Oakland on Thursday, January 5, 2023, from 5 to 8 pm. A funeral service will be held on Friday, January 6, 2023, in the funeral home at 11 AM with Rev. Dr. Matthew Paugh officiating. A reception will follow at 1pm at Dutch's at Silver Tree. Betty will be interred in a private ceremony at Green Mount Cemetery in Cumberland, alongside her first husband and her son. In lieu of flowers, memorials may be made to Hospice of Garrett County, PO Box 271, Oakland, MD 21550, or to HART for Animals Inc., 1265 Bumble Bee Rd., McHenry, MD 21541.