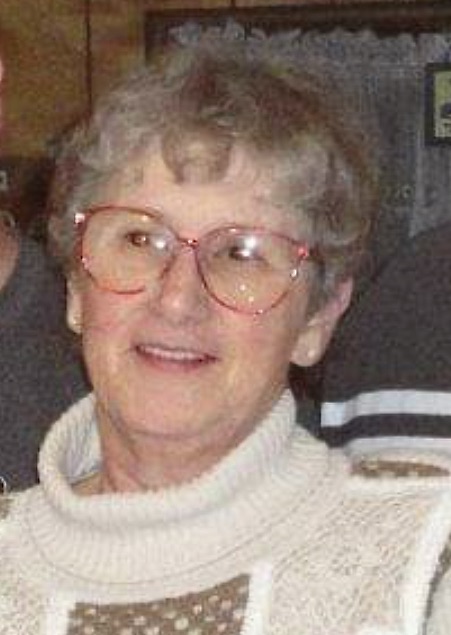 Eustis, FL. and formerly of Oakland

Carolyn Elaine (Broadwater) Sanders, 73, of Eustis, FL. and formerly of Oakland, MD, died on Saturday, February 8 2020, at Advent Health Waterman with her family by her side. Born on July 23, 1946, in Oakland, MD, she was the daughter of the late Vernon T. and Ruba M. (Hare) Broadwater. Carolyn started her career at Faulkner’s Restaurant before becoming a fulltime homemaker. After retirement, she enjoyed working part-time at Towne Restaurant in Oakland, where she met many lifelong friends. Carolyn enjoyed NASCAR, boating on Deep Creek Lake, crocheting, and was a huge fan of Southern Rams basketball. She loved meeting on Wednesday mornings at McDonalds with her former co-workers and best girlfriends, Jean, Connie, Brenda, and Cris for coffee and gossip. In addition to her friends, what Carolyn loved most was her family. She was a devoted wife, mother, and grandmother. Carolyn was most well known for her baking, homemade noodles, and fried chicken that would give the Colonel a run for his money. There was always room at her table and no mouth went unfed. She is survived by her seven children, Dewey Sanders Jr. and wife Melissa of Eustis, FL, William “Bill” Braithwaite and wife Rita of Elk Garden, Judy (Sanders) Wiles and fiancé Peter Hough, Russ Sanders and wife Deb, Mike Sanders and wife Sue, Brenda (Sanders) Casteel and husband Ralph, all of Terra Alta, and Regina (Sanders) Burns and husband James of Oakland; 29 grandchildren; 22 great-grandchildren; one sister, Kathy Wolf and husband Roy and one brother, Marshall “Alan” Broadwater and wife Judy, both of Oakland; and numerous nieces and nephews. In addition to her parents, she was preceded in death by her loving husband of 46 years, Dewey D. Sanders Sr.; children, Sally Ann Braithwaite and one infant son; and brother, Thomas “Tommy” Broadwater. Friends will be received at the C & S Fredlock Funeral Home, P. A., 21 N 2nd St., Oakland, MD, on Thursday, February 13, 2020, from 2 to 4 and 6 to 8 PM. A funeral service will be held in the funeral home on Friday, February 14, 2020, at 11 AM with Pastor Gary Clem officiating. Interment will follow in the Garrett County Memorial Gardens. A luncheon and celebration of life will be provided by the Pine Grove Church of Brethren, 5792 Oakland Sang Run Rd, Oakland, MD 21550, immediately after interment.

To order memorial trees or send flowers to the family in memory of Carolyn Sanders, please visit our flower store.