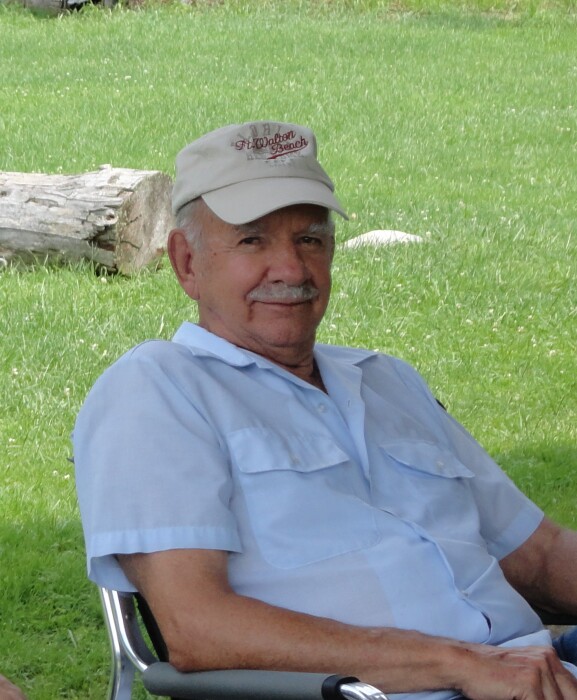 At age one, his family moved to a farm known as Scotts Siding, on the Dry Fork River.  He attended Johnson, a one room school, through eighth grade.  He graduated from Harman School with the class of 1955.  He was a member of FFA and played on the basketball team.  Upon graduation, he joined the United States Air Force.  Basic training was at Sampson Air Force Base in New York.  Upon completion he was stationed at Walker Air Force Base, in Roswell, New Mexico.  Then onto Nouasseur, Morocco in North Africa, where he served with French and Arab airmen.  He returned to West Virginia when his first enlistment was completed.  On the trip home, he met Susanne Thompson.  They were married on August 12, 1961, in Oakland, MD, by Rev. Sherwood at the United Methodist Church.  He reenlisted and served a total of twenty-six and a half years in NC, FL, IN, AK, Labrandor Canada, England, Thailand, NM and Morocco. Upon retiring, he returned to WV and worked four years as a parts person for JF Allen until his youngest daughter graduated high school in Elkins, WV.

He loved the Mountains and the great outdoors. He enjoyed hiking, trout fishing, deep sea fishing, watching the animals and birds; the changing of the seasons and the beautiful sunrises and sunsets. He served on the chapel committee at Grissom Air Force Base, IN, and was involved at Valley Bend United Methodist Church in WV.

Mr. Smith will be laid to rest in the Smith Cemetery off of Snyder Road, Dryfork, WV. A celebration of life will be held 10:00 am, July 9, 2022, at the Smith Cemetery.  The family wishes to thank Dr. James Gainer, Dr. Jenny Cross, Dr. Jeffrey Jackson and their staff, and the staff at Elkins Physical Therapy.

In lieu of flowers, the family request donations be made to your choice of a charity.

To order memorial trees or send flowers to the family in memory of Boyd Smith, please visit our flower store.