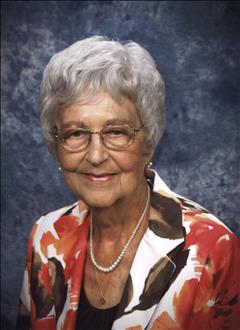 Bonnylin Lucille Lantz, 87, of Aurora, West Virginia passed away at her home July 21, 2019. She was born April 16, 1932 in Manheim, West Virginia, a daughter of the late Charles Henry and Anna Beatrice Green Bolyard.

She was preceded in death by her husband in 2010, Maynard Roscoe Lantz. Also preceding her in death, one brother, Charles Edward Bolyard and one sister, Martha Ellen Bolyard.

Ms. Lantz enjoyed crafting and gardening. She loved traveling in her spare time.

In lieu of flowers, donations may be made to the Aurora Historical Society (AAHS P.O. Box 100 Aurora, WV 26705)

At the request of Ms. Lantz, she will be cremated. There will be a graveside service held, 10:00 am, August 17, 2019 at the Aurora Cemetery. Hinkle-Fenner Funeral Home has been entrusted with the arrangements. Condolences may be made to the family at www.hinklefennerfuneralhome.com

To order memorial trees or send flowers to the family in memory of Bonnylin Lantz, please visit our flower store.