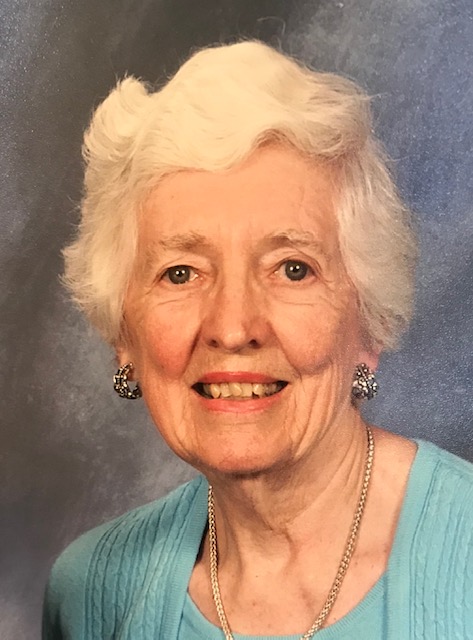 Betty Akers Michael, 94, formerly of Mount Airy, MD, passed away on Thursday, November 14, 2019 at Dennett Road Manor. Born on April 17, 1925 in Frederick, MD, she was the daughter of the late Edward and Alice (Baker) Akers. Betty graduated from Frederick High School and Duke University. She taught school for Fairfax County Public Schools until her retirement. Betty was Methodist by faith and was a member of Calvary United Methodist Church in Mount Airy. Betty enjoyed participating in her sorority, playing bridge with friends and reading.

Betty is survived by her son, Bruce Michael and wife Debbie of Mount Airy; her grandchildren, Heather Cramer and husband Robert, Kellie Ryan and husband Michael, Courtney Jennings and husband Aaron, Taylor G`son; eleven great grandchildren; and a son-in-law, David Hosch. In addition to her parents, Betty was preceded in death by her husband of 68 years, Herman L. Michael; a daughter, Holly Michael Hosch; and a grandson, Roma G`Son.

In accordance with Betty’s wishes, she will be cremated and her remains will be buried at Mt. Olivet Cemetery, Frederick. Betty’s family would like to thank the staff at Dennett Road Manor for the excellent and warm care given to her. Memorial contributions may be directed to the Alzheimer’s Association, 8180 Greensboro Drive, Suite 400, McLean, VA 22102 or to a charity of one’s choice. The C & S Fredlock Funeral Home, Oakland is proud to be assisting the family at this time.

To order memorial trees or send flowers to the family in memory of Betty Michael, please visit our flower store.