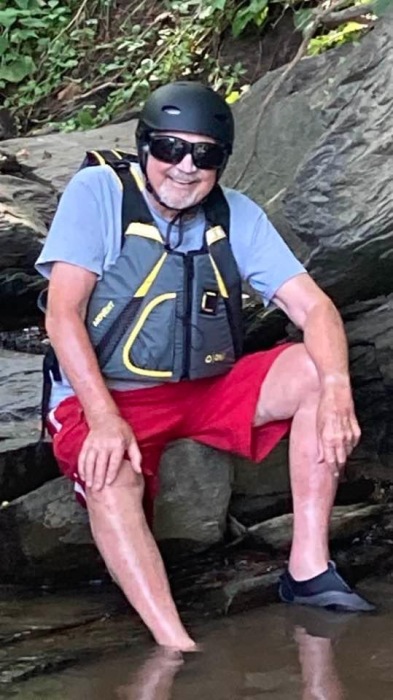 Anthony Osretkar, affectionately known as Toney, passed away on July 8, 2022, after a brief illness. Toney was born on April 2, 1931 -- he joked that he would have been an April Fool's baby but it was snowing too hard and the doctor couldn't get up the hill. After graduating from Thomas High School, he served in the Navy during the Korean War saying he got out of Cuba just in time. He married his wife of nearly 60 years, Jean McCray, and settled down to start his family in Maryland. While supporting a family of four, Toney attended the University of Maryland where he earned a Doctorate in Plant Physiology. He remained on the Dean's List every semester. Toney started his career teaching Biology at the University of Maryland and then transferred to Montgomery College, Rockville campus, where he stayed until he retired. He was such an influence on his students that he remained in touch with many of them long after he retired. Years before his retirement, Toney started bird watching -- a hobby that he truly enjoyed. That hobby parlayed itself into his true passion -- travel. He was bitten by the travel bug and happily never recovered. Toney, often accompanied by his wife, traveled extensively. He managed to visit all seven continents and, if not for the pandemic, would have seen the remaining few countries on his list. His motto was to travel as often as you could and he and Jean would frequently fly around the world on a moment's notice. After Jean's passing, he finally started to travel again with his beloved Road Scholar where he made even more friends. He was always up for an adventure. Toney was an active member in his Lutheran church, only resorting to "Zoom church" as he called it due to Covid. He also enjoyed his monthly poker sessions with the guys. Sometimes he'd laugh that he even won big (a big pot to them was like $8!). But he loved the camaraderie of it all. Toney loved people and people loved him. He always had a kind word and a smile for everyone. Toney never met a stranger and was always willing to lend a hand to anyone who needed it. People always referred to him as the sweetest man they ever met, and he truly was. Toney lived a wonderful, full life and had planned on many more adventures, even at the age of 91. But most of all, he was a humble man who would be embarrassed by the accolades written here (even though so much more could be written). Toney was preceded in death by his beloved wife, Jean, and is survived by his daughters, Melanie Topper and Mendi Osretkar (Kelly Cleveland) and the lights of his eyes, his grandchildren, Anthony, Aleyna, and Gabriel. His world truly revolved around his family. He was a great man and is already sorely missed. Visitation will be Saturday, July 16, 2022, between noon and 2:00 PM at the Hinkle-Fenner Funeral Home in Davis, West Virginia. The service will be held directly after at the same location. Interment will be held at a later date as he wished to be cremated and placed with his loving wife. In lieu of flowers, the family requests that donations be sent to the Alzheimer's Foundation or Hospice of Frederick County, Maryland.

To order memorial trees or send flowers to the family in memory of Anthony Osretkar, please visit our flower store.