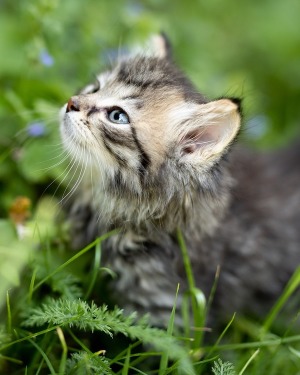 Anna was born on November 25, 1952 in Cleveland, Ohio.  She was a graduate of Chardon High School.  In her earlier years, Anna was employed at an automotive manufacturing plant in Middlefield, Ohio.  She was later employed as a certified nursing assistant.  Anna was a member of St. Paul's United Methodist Church.  Anna had a a capricious disposition but her family and friends agree that there were moments of laughter and fun.  She will be missed.

Anna is survived by a stepson, Donald Freeman, Jr.; and numerous nieces, nephews, great nieces, cousins and her beloved cat, Rugger Bugger Bee.  She was preceded in death by her former husband, Donald Freeman, Sr.

Anna's wishes for burial in Oakland Cemetery will be honored and no services are planned at this time.

In lieu of flowers, donations may be made to the Garrett County Animal Shelter, Oakland Sang Run Road, Oakland, MD 21550.

A special thanks to all of the churches and local organizations that have been helpful to Anna over the years including Southern Garrett County Rescue Squad, Garrett Medical Transport, Meals on Wheels and most recently, Hospice of Garrett County, GRMC and Dennett Road Manor.

The C & S Fredlock Funeral Home, P.A., Oakland is honored to be serving the family of Anna Bee at this time.

To order memorial trees or send flowers to the family in memory of Anna Bee, please visit our flower store.